We Cannot Let Coronavirus Give Way To Racism

Since its outbreak, an unexpected side-effect of Covid-19 has been the discrimination and prejudice faced by ethnic groups — particularly east-Asian people — across the world. But how do we combat this stigma and xenophobia during a pandemic? By addressing the issue, thinking beyond yourself and engaging in mutual aid.

In the midst of a global pandemic that doesn’t discriminate, our universal vulnerability to Covid-19 should bring us closer together. But since the outbreak began in China around four months ago, for people of colour — particularly east-Asian people living in majority-white countries — one unexpected side-effect has been increased experiences of racism. On 17 March, CBS White House Correspondent Weijia Jiang called out a White House official who referred to coronavirus as the “Kung-Flu” to her face. “Makes me wonder what they’re calling it behind my back,” she tweeted.

Meanwhile, Katherine Oung, a 16-year-old student from south Florida whose film on coronavirus-related racism was featured on the New York Times website, has seen these microaggressions play out in a variety of domains. “In the media, the phrase ‘the Chinese virus’ has been really prevalent,” she tells Vogue. “A lot of my Asian and Chinese-American friends have also told me that when they’ve used public transport, people would move away and give them glares.” On 19 March, Jabin Botsford, a staff photographer at The Washington Post, tweeted a close-up image of Donald Trump’s briefing notes at a coronavirus task force meeting — where the word ‘corona’ was struck out, and replaced with ‘Chinese’. 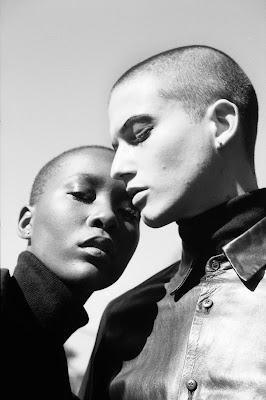 These individual stories are unpleasant, but they belong to a bigger picture. Some might dismiss such interactions as inconsequential; however, at the other end of the spectrum, it’s clear that microaggressions can sit alongside more explicit types of aggression. Jonathan Mok, a 23-year-old Singaporean student in London, made headlines on 3 March when he said he was assaulted by a group of men who told him: “I don't want your coronavirus in my country.”

Oung says she was deeply personally affected by the case, in part, because it demonstrates that microaggressions are “about more than political correctness”. “When I see Asians around the globe getting physically assaulted, it shows that kind of prejudice does have real impact.”

Don’t forget history – learn from it


Historically, Covid-19 is not the first time that an outbreak of an illness has seen a spike in racism. Waves of immigration have also accompanied waves of panic around disease. In the US, Italian immigrants were blamed for polio in the early 20th-century; a number of migrant groups, including Germans and Jewish people, were blamed for Spanish flu; and Irish immigrants were blamed for cholera in the 1830s. More recently, extreme-right propagandists in the US exploited the 2009 swine flu pandemic to claim that “illegal aliens” from Mexico carried the virus across the border. Then in 2014, during the West African Ebola epidemic, a black American football player at a Pennsylvania high school was met on the pitch with chants of “ebola”.

Oung has chronicled “a huge history of Chinese people being portrayed as disease-carriers, and eating dirty foods, and being unclean,” citing the Chinese Exclusion Act of 1882, which prevented Chinese labourers from immigrating to the US. “For my entire life, I feel like I have struggled with other people’s perception of my food, and bringing cultural food to school,” she says. “Now, the increased stigma around our food is an unfortunate impact and implication that has occurred because of the virus, especially affecting Chinese restaurants and businesses. That is part of a long and enduring stereotype.”

Simultaneously, we can see racism playing out towards other ethnic groups. News outlets have reported on experts “baffled” at why the virus hasn’t spread faster in Africa — despite strong plausible reasons relating to climate, population and advanced screening processes. Is it inherently baffling that majority-black countries might not always see the rapid spread of illness and disease?

The inequality of border controls

In a few short weeks, the sentiment “coronavirus knows no borders” has become so ubiquitous that it’s almost a cliché. But why would we assume a virus would respect borders or nations in the first instance? Leah Cowan, politics editor at the gal-dem website and author of Border Nation: A Story of Migration says she finds this common refrain fascinating. “It represents an acknowledgment that borders are an utter fiction.”

Cowan goes on to explain how the irrelevance of border controls to the virus has exposed racist and xenophobic assumptions: “It revealed that people who usually feel ‘safe’ because of their privileged location in the global north, would not be able to rely on the inequality of border controls to protect them against the virus.” Not only is this attitude racist, but selfish too; it is predicated on an individualistic mindset – feeling protected at the expense of others.

It’s important to remember that the racism that has surrounded the virus outbreak plays out structurally as well as interpersonally. “People who are most affected by the racism of the state — which is codified into law through immigration policies — are least equipped to protect themselves and others against coronavirus,” Cowan explains. “For example, people in UK detention centres — [where] populations are disproportionately [made up of] working-class people of colour and asylum seekers — are at high risk of catching Covid-19 due to low-quality healthcare and living conditions.”

As a result, a number of British lawyers and campaigners have launched a campaign calling on the government to release people in detention and halt deportations because of the risk of an uncontrolled outbreak. It feels clear that during a global health crisis, the racist violence of borders only becomes more apparent.

How to simultaneously fight racism and a pandemic

Microaggressions, hate crimes, broader structural violence — it’s evident that people of colour face a double burden when it comes to Covid-19. That’s why it’s crucial to question and interrogate any racist assumptions we might internalise. “Not only is xenophobia and racism harmful to Asian people, it’s also just ineffective — there’s no science to back up these racist assumptions,” Oung explains. “The best way to combat stigma and xenophobia is to talk about it and have honest communication. When we don’t address issues like this — because they’re difficult to talk about, and emotionally charged — these attitudes can fester.”

There are broader things we can do to fight this racism, too. Whenever we see action to combat structural racism — by making calls to protect prisoners and detainees, for example — we should remember that some of these institutions are systematically racist and get behind this organising and show support.

How do we fight racism and a pandemic simultaneously? Crucially, we need to pay attention to approaches to collectivity, solidarity, and community support that push against notions of selfishness or individualism. Think about those with fewer advantages than yourself. Get to know your community, find out which of your neighbours are sick or vulnerable, and ask how you might be able to help. Engage in mutual aid. If you wear a mask, do it to protect others (like many people do in east Asia). Think beyond yourself. If you witness xenophobic acts or comments, call them out. The foundations have been laid for this virus to operate along the lines of racism, oppression, and greed — and we must fight that at every turn.

Posted by FASHIONmode News at 8:25 AM