Over ten years after his sudden death, Alexander McQueen still fascinates us. The innovative designer made his mark on an entire era with his spectacular and provocative fashion shows. We're looking back at 8 anecdotes that shaped the Alexander McQueen myth.

He was fascinated by birds... 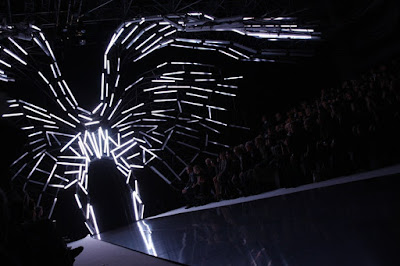 It's rumored that Alexander McQueen was an active member of his high school's young birdwatchers club. So it's no surprise when you think back to the designer's bucolic Spring/Summer 1995 fashion show called The Birds, or his extraordinary Spring/Summer 2008 set simulating bird wings in full flight using flashing LEDs.

… and the deep blue sea 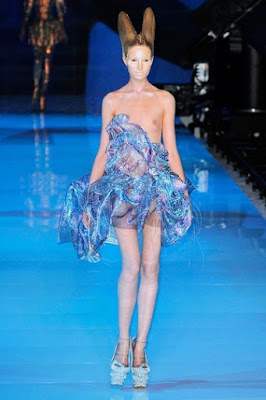 If Alexander McQueen was passionate about bird-watching, he was also fascinated by the depths of the sea. We remember in particular his Spring/Summer 2010 fashion show for which the designer had imagined extraordinary dresses inspired by the manta ray. 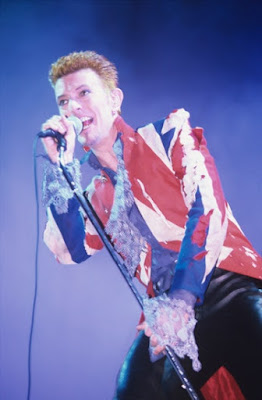 Known for his hair-raising style, David Bowie revolutionized fashion and music to the point of becoming an icon. In the late 1990s, Bowie invited the designer, then a recent graduate, to create a long Union Jack blazer for the cover of his Earthling album. A model that David Bowie did not hesitate to wear throughout his 1997 tour and that was to be admired at the David Bowie Is exhibition.

He had a special relationship with Björk 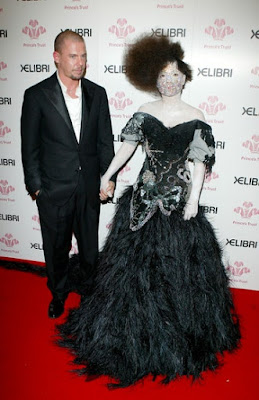 Alexander McQueen's relationship with the music and art scene was confirmed when he designed his first tailor-made outfit for Icelandic singer Björk: the revisited kimono from the cover of her album Homogenic. The designer subsequently created other looks such as the red ostrich feather and glass blade dress worn by the artist during her Vespertine tour, as well as the all-bead look from the Pagan Poetry video clip. As an ode to his talent, Björk paid a vibrant tribute to the legendary designer at his funeral in 2010, performing her song Gloomy Sunday.

Isabella Blow was the journalist who kick-started his career 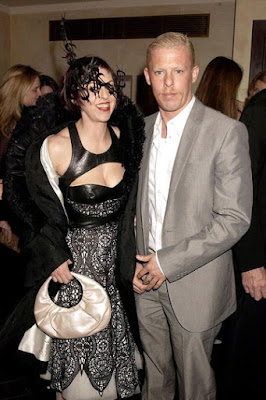 In 1992, British fashion journalist Isabella Blow visited Central Saint Martins to discover the students' end-of-year collections. It was there that she met Lee Alexander McQueen. Charmed by the designer's eye and sense of style, Isabella Blow bought his entire collection for £5,000 and took him under her wing. She is the one who started to name him by his middle name, the one known to all, Alexander.

He was the first ever person to collaborate with MAC Cosmetics 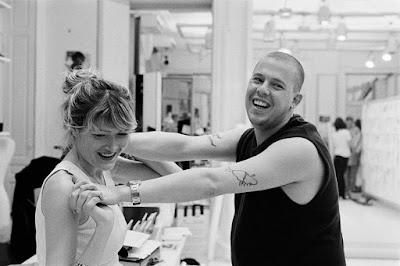 Today, MAC Cosmetics has made a name for itself in the fashion industry by signing a series of flagship collaborations, notably with Proenza Schouler and Gareth Pugh. In 2007, McQueen collaborated on the creation of a range of eyeshadows and eyeliner with powerful shades, inspired by Elizabeth Taylor and her role as Cleopatra in the iconic 1963 film of the same name. It was presented after his Fall/Winter 2007-2008 fashion show.

He was an avid cinema fan 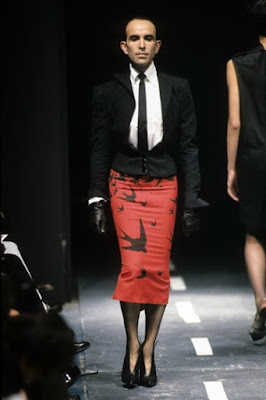 As proof, several of his collections are directly inspired by cinematographic masterpieces, particularly in his Fall/Winter 1993-1994 show. After graduating from Central Saint Martins, the designer explored Robert De Niro's character in Taxi Driver and revisited the scene where Travis Bickle shaves his head. The following season, the designer focused on Alfred Hitchcock's thriller The Birds, before taking inspiration for his Spring/Summer 1996 collection from Tony Scott's The Hunger and, in 1999, from The Shining by Stanley Kubrick, one of his favorite directors (or so it seems). 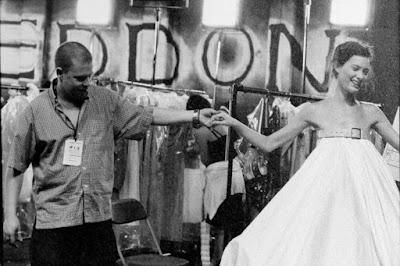 As the ultimate proof of his talent, Alexander McQueen has been repeatedly awarded (four times, to be exact) the title of British Designer of the Year by the British Fashion Council. In 2004, the designer was named Menswear Designer of the Year, just one year after receiving the CFDA Award in the Best International Designer category and being honored with the CBE by Queen Elizabeth II for his involvement in the fashion scene.

Posted by FASHIONmode News at 5:09 PM