Gucci, Prada And Versace Cancel Their Cruise Shows In Light Of The Growing Coronavirus Threat

The autumn/winter 2020 shows might be over, but the fashion industry is already looking ahead to the cruise 2021 season – and, feeling the weight of the growing coronavirus threat, many houses have decided to postpone their upcoming shows.

Prada was the first to announce the postponement of its cruise show, set to take place in Tokyo on 21st May. Gucci has also held off plans for its San Francisco showcase, originally scheduled for 18th May. Now, Versace and Giorgio Armani have followed suit – the latter was due to open the schedule in Dubai on 19th April. 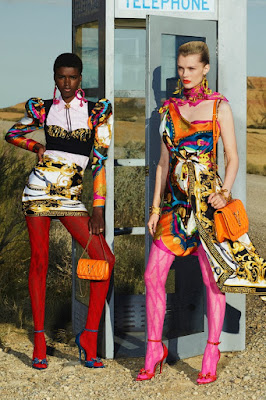 And, while Chanel’s repeat of its Paris 31 Rue Cambon 2019/20 Métiers d’Art collection in Beijing is no longer going ahead, its cruise show on the island of Capri is still – at present – expected to take place on 7 May. Similarly, it remains to be seen whether Dior will indeed head to Lecce, in southern Italy, where its creative director Maria Grazia Chiuri is originally from, on 9th May, or if Max Mara will hold its runway event on 25th May in Saint Petersburg.

In a statement released on 5th March, the Italian label announced the postponement of its cruise show, due to take place on 16th May in the United States. “Versace is conscious of the need to prioritize the health and safety of its guests and employees, and will inform all parties involved on new plans as soon as possible,” it said.

In a statement released on 5th March, the brand said that the developments in the spread of coronavirus had prompted the postponement of its April cruise show until November: “The decision has been taken as a precautionary measure in order to protect all the industry stakeholders, employees and guests who would be involved in the trip.”

The brand announced on 2nd March that it would be postponing its San Francisco show. “A decision on the new timing and location of the show will be announced at a later date once the situation becomes clearer. At this time, our thoughts are with all of those affected around the world.”

The Italian house announced the postponement of its cruise show on 17th February in a statement that read: “This decision was made as a precautionary measure as well as an act of responsibility and respect for all the people working on and planning to attend our resort 2021 show. Prada extends its sincere sympathies and concern to all the people and territories affected by this situation.” It added: “Relevant events will be scheduled in the country at a more appropriate moment.”

Posted by FASHIONmode News at 7:52 AM