Today, an in-depth retrospective of the legendary photographer Helmut Newton debuted at GAM, Turin's Civic Gallery of Modern Contemporary Art in Italy. The 68-work exhibit, titled "Helmut Newton Works," spans the entirety of Newton's multifarious 50-year career that set the standards of fashion photography to this day. The exhibit will live at GAM until May 30, in celebration of what would have been Newton's 100th birthday. 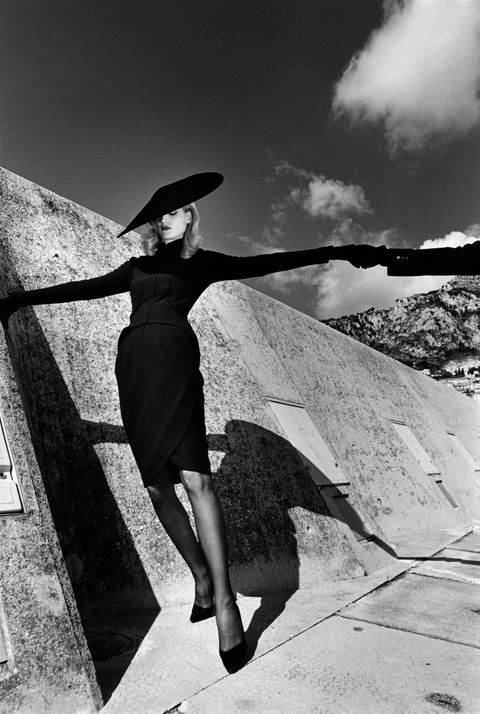 Helmut Newton Works showcases the photographer's work from the 1970s onward. Newton's industry-changing editorial shoots, celebrity portraits, and behind-the-scenes artist shots will be on display, encapsulating the true versatility of his portfolio and contributions to the art form itself. In the exhibition, a striking editorial shot of Thierry Mugler hangs just steps away from Andy Warhol napping on a couch. Although Newton's impact has been religiously followed—and imitated—since his first magazine credits, GAM promises a fresh perspective and reintroduction to the icon.