He was lauded as the Céline-under-Phoebe-Philo wunderkind who could turn things around at Mulberry. Five years on, Johnny Coca is departing the British brand after an experimental period during which the label flirted with ready-to-wear and catwalk extravaganzas; see-now, buy-now models and consumer-facing events; intimate Paris-based salon previews; and even a brief flit to Tokyo to launch a pop-up pub. His last collection will be for spring/summer 2021.

Coca made his debut for Mulberry with an autumn/winter 2016 collection that riffed heavily on recognisably British style archetypes. It was a rich seam the Spanish-born designer continued to mine – he was obsessed with the Queen Mother, Ascot, Noel Stewart hats and the porcelain collections of English aristocrats – but he largely seemed to have settled on “the polished punk” for his Mulberry girl.

He had joined the company in July 2015 with a clear remit: to reboot the “affordable luxury” credentials of a brand that was coming back from the brink after a disastrous attempt to shift up a gear to hyper-luxury status. With his technical knowledge of leather goods, the early signs were that his streamlined redesign of the hit Bayswater bag was bearing fruit. 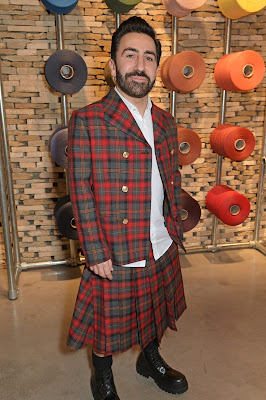 Coca dug a new Mulberry logo out of the archive and added more expensive-looking leathers (box leather, used at his predecessor) to the accessories line-up. He opened a new flagship store in London’s Piccadilly, designed by buzzy British designer Faye Toogood. He continued to invest in UK manufacturing, designed two new bag families including the Amberley and the Iris, and this year launched the Made to Last programme, a buy-back and repair service for customers either seeking to get their bags refurbished, or looking to trade in those beyond restoration for credit that could be put towards a new purchase. Regardless, and despite significant growth in Asia, Mulberry reported losses of £11 million in November 2019.

In a press release distributed on 17 March, CEO Thierry Andretta said: “I would like to thank Johnny for everything he has contributed to the brand over the past five years. Johnny’s creative vision has been a key element in delivering our strategy to develop Mulberry as an international luxury lifestyle brand. On behalf of the Mulberry board and entire team we wish Johnny every success in his next venture.”

Coca, for his part, said: “I have loved my time with this iconic British heritage brand and would like to thank the amazing teams and everyone who has supported me during my time here. I am proud of everything we have achieved and the collections we have created. The passion and dedication I have seen at Mulberry has been incredible and I am honoured to have been part of the brand’s history.”

Posted by FASHIONmode News at 9:53 AM