Mark Bozek - The Life And Times Of Bill Cunningham

Bill Cunningham, the man who famously wore a blue French workers jacket while photographing New York City denizens from his bike, became a beacon of the fashion industry. He had an equal appreciation for the elegant style of Manhattan socialites as he did for ordinary people who simply got dressed. His collages of street style photos for the “On the Street” and “Evening Hours” columns in the the New York Times’ Sunday edition were fixtures of the paper for 27 years. With his ability to spot, lens, and create plucky commentary on sartorial trends, Cunningham not only considered himself a fashion photographer but a fashion historian as well–even if you couldn't tell from his own frugal presentation. In a new documentary out today, The Times of Bill Cunningham, the late lensman tells his own history, however, from his early days in New York when he made hats for movie stars under the name William J., to capturing the historic Battle of Versailles Fashion Show in 1973, to spending time with his neighbor in Carnegie Hall, the eccentric Editta Sherman.

The footage of Cunningham, which frames the documentary, was captured by Mark Bozek in 1994. He had been sent to film a 10 minute-long interview with the photographer, which resulted in hours' long conversation full of the photographer's memories, toothy grin, and even some tears. The camera rolled until the film ran out. Bozek, who both wrote and directed The Times of Bill Cunningham, had kept the video in storage until Cunningham’s passing in June 2016.


“I started out on what was going to be a little side project, and now it has consumed my life for these past 3 years,” Bozek tells CR. “I dove in so deeply. I wanted to show Bill in a way that was first refreshing and new. You don't want to repeat things that are already in the zeitgeist of a particular person's life, but share things that he basically tells in his own words that hadn’t been seen before.”

Unlike the 2011 doc Bill Cunningham New York–which Bozek is well aware his film will be compared to–the new profile acts almost as autobiography. To assist Cunningham’s own storytelling, Bozek cut the footage with narration from Sarah Jessica Parker and hundreds of photographs, many of which are from Cunningham’s own previously unseen archives. According to Bozek, he met with the photojournalist’s niece and inheritor of his estate, Trish Simonson, and showed her the first edit of the film, before it had many images. "She had never seen her uncle in that way at all or talk so freely and tell stories and jokes and be upset and emotional and all those things," Bozek says. "And that's where it began–she gave me access to the archive."

Pouring over the three million photos that Cunningham had left, Bozek spread them all over his own home, looking for just the right images to support the photographer's story–and they were all there. From images of the high-profile customers at Chez Ninon, where Cunningham worked in his early days in New York, to 11 years of behind-the-scenes documentation of Diana Vreeland’s work as a consultant at the Costume Institute of the Metropolitan Museum of Art, Bozek scanned 25,000 photos, including over 500 of them in the film. 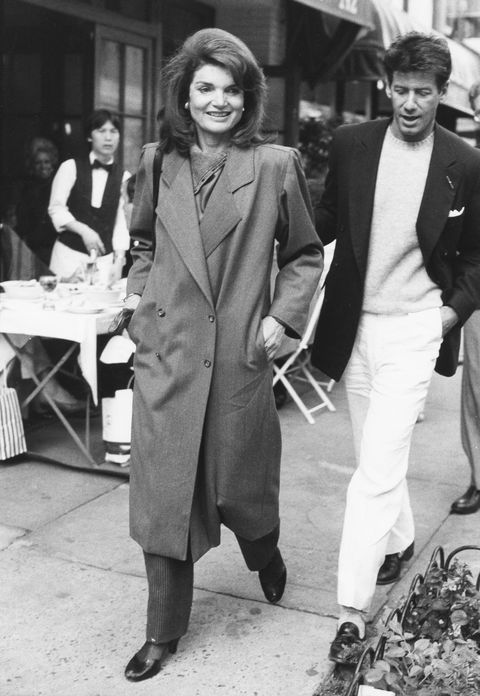 “The most time I spent on the film was choosing each photograph to use, because I tried to imagine myself as if it were Bill, knowing he drove every art director at the New York Times insane with wanting to add one more half inch picture of somebody in a bowler hat or something,” Bozek shares. “If I could have that sort of care, hopefully it would show, and that the images I chose–of course there are some of known people like Jackie Kennedy and Diana Vreeland–the majority of them are just people that were on the street, people that were at studio 54, and of course, the people that were at Versailles–images no one had ever seen before.

Along with Cunningham's exhaustive tales of fashion, family, and friendships are words on his knack for photography (although he denies that he had any talent at it) and recording what real people wear. At one point in the film, Bozek asks him how important it is for Cunningham to maintain his role as a documenter–his response reflects Bozek's own approach to sharing the photographer's narrative: “You can’t ever disturb the story. The minute you disturb it, there’s nothing there. It’s something else, it’s something fake.” The Times of Bill Cunningham is now in theaters in New York and will make its wide release February 21st, 2020.