Chanel has published an ambitious set of sustainability goals, entitled Chanel Mission 1.5° and in accordance with the 2015 Paris Climate Agreement, which aims to reduce the mean global temperature increase to 1.5°C.

Within the document, the French house has pledged to reduce emissions across Chanel operations by 50 per cent by 2030, and to reduce supply chain emissions by 40 per cent per unit sold, by the same year. It will move to 100 per cent renewable electricity by 2025 and balance residual carbon emissions by investing in nature-based research and solutions. This funding will supplement its additional financial support for climate change adaptation projects – which help vulnerable communities impacted by fluctuating temperatures – and technological advancements developing raw material solutions.

“[Chanel is] not making incremental changes anymore,” chief sustainability officer Andrea d’Avack, who has worked for the house since 1987, told WWD of the responsibility on Chanel’s shoulders to be at the forefront of climate strategy. “We’re not just setting targets of what we are able to do, but targets that have been imposed on us [by the Paris climate agreement].”

Over the last two years, Chanel has stepped up its sustainability goals in line with its core mission to create fashion with “long-term value”. The now-carbon neutral business was one of 32 signatories of the Fashion Pact, outlined by Kering at the G7 Summit in August, and it has made its own moves to mitigate fashion’s negative environmental impact and safeguard its business. 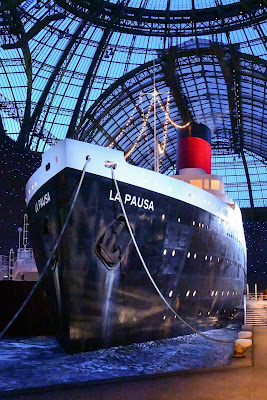 In 2018, Chanel pledged to ban exotic skins, because it had become increasingly difficult to source skins that met the house’s quality and ethical standards. It has since doubled down on skilled leather manufacturers and tanneries, purchasing minority stakes in two Italian leather goods makers and a French clothing manufacturer, in a bid to bolster its supply chain. Bruno Pavlovsky, Chanel’s president of fashion, has said that the house will do whatever it takes to safeguard the yarn suppliers of its signature tweeds, whether that means the company making more acquisitions, or signing purchasing agreements.

Following these transactions, Chanel invested in Finnish start-up Sulapac, a developer of a biodegradable alternative to plastic. And in June, it took a minority stake in Evolved by Nature – a green chemistry company that has created a natural silk-based alternative to some of the toxic chemicals used in textile manufacturing.

The house is also reconsidering the impact of its fashion presentations in line with its greener outlook. A jewel on the show calendar, Chanel has never held back on opulence or expense when realising Karl Lagerfeld’s, or his successor Virginie Viard’s, vision. “Shows are part of the way we can express the creativity of the brand,” explained d’Avack. “We are aware that there could be environmental consequences… [but destination shows are] important to be near to our clients’ constituencies... All of this falls within the framework of limiting our impact in terms of travel and it’s part of the journey which we’re starting on.” Marketing and events, in fact, only account for 10 per cent of Chanel’s overall emissions.

D’Avack went on to emphasise why Chanel is calling the Mission 1.5° report a “journey”: “[The ambitious] targets mean that we have to transform our whole value chain, the way in which we source, produce, distribute to the retailers and merchandisers – our product. It demands resources, dedication and the involvement of pretty much everybody in the company.”

Posted by FASHIONmode News at 8:38 AM