It’s a curious time to be a luxury brand: as the world tries to navigate the realities of dealing with Covid-19, there is something that feels slightly uncomfortable about escaping into the fantasy of fashion. But Bernard Arnault, the chairman and CEO of the LVMH group, appears to have found the most practical way of realigning priorities: by converting the factories that ordinarily produce perfumes and cosmetics for Dior, Guerlain and Givenchy into hubs that will manufacture hand sanitiser.

The announcement came in a statement released on 15 March, stating that the hand sanitiser will be distributed free of charge to French public health authorities. “Through this initiative, LVMH intends to help address the risk of a lack of product in France and enable a greater number of people to continue to take the right action to protect themselves from the spread of the virus,” the statement said. The initiative will continue for as long as necessary. “The gel will be delivered free of charge to the French health authorities and as a priority from this Monday to the Assistance Publique-Hôpitaux de Paris.” 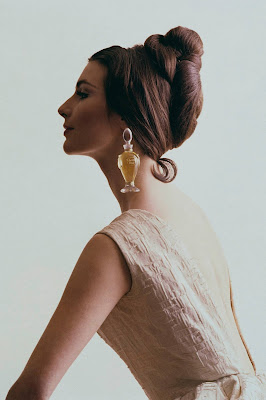 It’s an admirable move from France’s most valuable company and the world’s third richest man – particularly during a period that is likely to see the collective bottom line of the luxury market hit hard. In January, during the early days of the virus, LVMH announced a donation of 16 million renminbi (£1.9 million) to the Chinese Red Cross Foundation to alleviate the strain on supplies in Wuhan, where the outbreak initially occurred.

Kering, the luxury conglomerate that owns brands including Gucci, Bottega Veneta and Saint Laurent, also made a donation of 7.5 million renminbi (£900,000) to the Hubei Red Cross Foundation. Among others, Richemont, the Swiss luxury conglomerate, donated 10 million renminbi (£1.2 million); Giorgio Armani gave €1.25 million (£1.1 million) to Italian hospitals and institutions; Donatella Versace donated €200,000 (£182,000) to the intensive care department of San Raffaele hospital in Milan; and the Prada group donated two complete intensive care and resuscitation units each to the Milan hospitals of Vittore Buzzi, Sacco and San Raffaele.

“Our hearts go out to all those who have been affected by this disease and to all the doctors and medical staff who have been working heroically non-stop in the past weeks in the effort to take care of our loved ones. This is when we, as a society, need to stand together and care for one another,” said Versace. As the titans of a trend-setting industry, hopefully it will provoke action elsewhere as the spread of coronavirus continues to accelerate in force.