Sara Maino is never not busy. “We are carrying on our work as usual, but in a different way,” she said on the phone. The deputy editor in chief of Vogue Italia and head of Vogue Talents, Maino is a frequent flier, crisscrossing the globe searching for emerging talent. Normally, she’d be attending fashion weeks and events for most of the months of March and April. Not this year. Based in Milan, the editor is quarantined at home, working to support designers through online initiatives like portfolio reviews and the Upload Your Show program, among other projects. Here, Maino shares her thoughts on sustainability, post-pandemic life, and the future—and importance—of the fashion show.

When I do interviews people sometimes ask me, “What do you think is luxury?” Right now it is the luxury to have time to do things. The positive—I know it’s a controversial word—side of all this delirium of the virus is that we have gained the luxury of time, which we never had until this happened. This is a time to think about new projects and the future, which will be tough, but obviously there will be a future.

Looking for the positive, I think [this pause] is going to be a way to restart and to rethink how to do things. I was talking with my Master Class students this morning and they were asking “What do you see after?” I don’t have a crystal ball, but what I see is that fashion won’t be about quantity anymore, but quality. Before it was quantity everywhere: Quantity of production, quantity of shows, quantity of samples—so the quality wasn’t considered enough.

There’s obviously going to be a slowdown, a physical slowdown, because here most places are closed and few are producing. I think—I hope—that big brands realize that so much production isn’t necessary at all. On the other side, we as customers need to be aware of how we consume, and the brands and the media need to make people aware where you can buy more responsibly and how you can shop in a much smarter way.

The hard part is that I have been talking with a lot of designers that are kind of desperate. I’m talking about designers who you know that are encountering so many difficulties. If the government doesn’t take actions toward small enterprises, many will close down. The Milan Chamber of the Camera Nazionale della Moda Italiana has sent a document to the government asking for delays on payment of rent and taxes to help small enterprises to breathe. 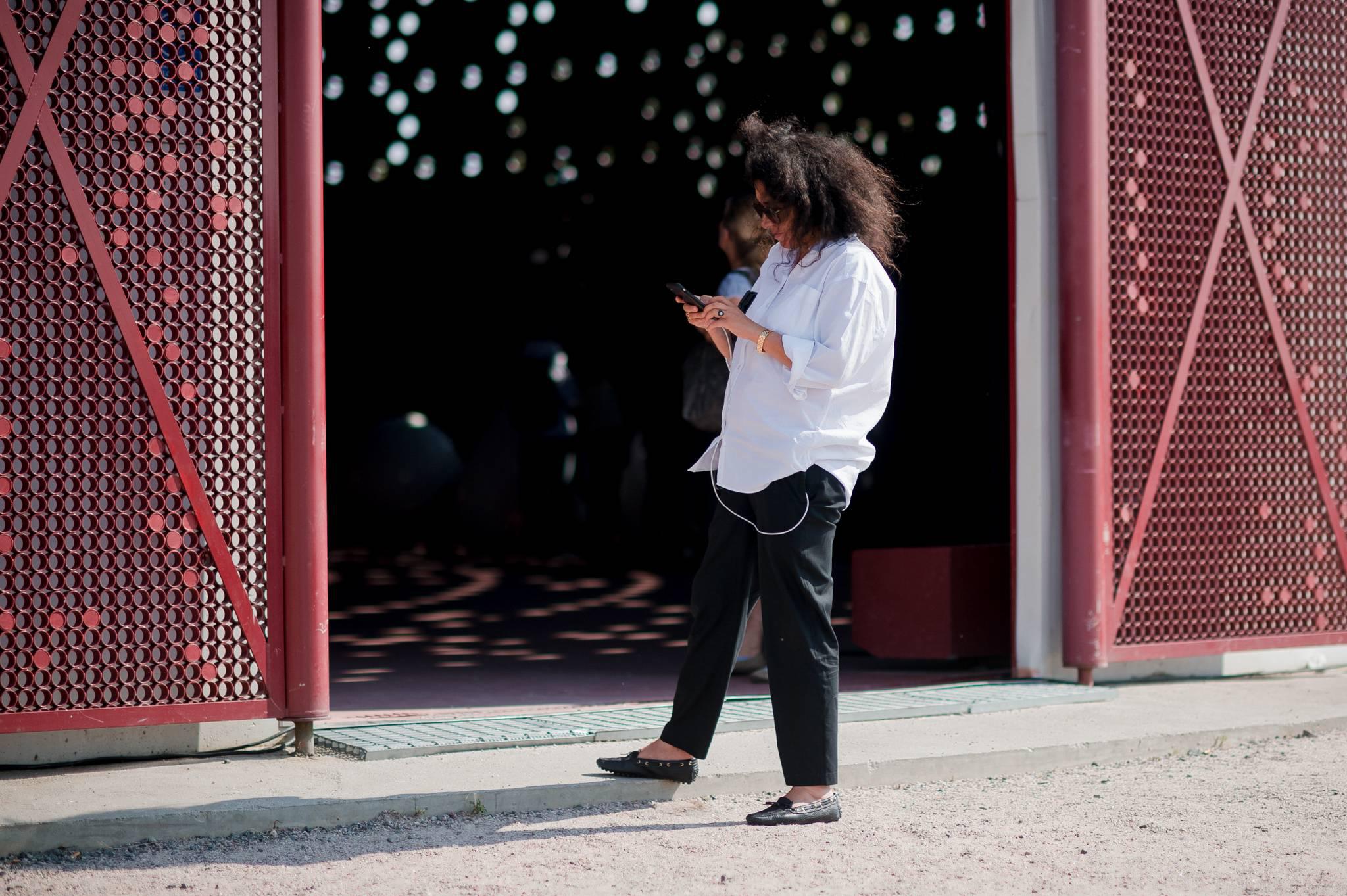 I’m much more worried about after than about now, I have to say. Sometimes the idea scares me more than getting ill. It’s not like the day after the pandemic is declared over that we’re going to go to a restaurant all together; things will need to be reopened slowly or we’ll be back to square one. There’s a chance that the schools will be closed until September. I leave home with gloves and a mask just to go buy food and stay one meter away from people. Some people don’t respect the distance and you have to tell them in a nice way to stay one meter away. It’s challenging.

[As to the future of the fashion show], there is a lot of money involved. Fashion weeks are not just about the shows, they are about the messaging, the communication. You have events and fashion weeks for engagement, exchange, and support. There’s a lot behind them. I think that going forward, as I said, it will probably be less about quantity and more about quality. I think that more than ever, you have to create a system. Obviously every country has its needs, but we need more than ever to be a system and support each other; it’s about sharing.

This virus is a sign from the planet, which we have ruined. There are now fish and dolphins swimming in Venice. Probably at the end of the month Milan is going to have the same quality of air as Switzerland. We can’t pretend that we’ll have dolphins and swans in Venice always; I think you have to find a balance.

We are all guests on this planet. The planet is going to stay, but we are guests. We didn’t respect the planet until now and in a way this [pandemic] is a message and unfortunately it’s a very, very heavy message. Change had to be done. Everyone thought that the change would happen gradually, but that’s not the case. Change has to be done now, and done quickly. I think that it’s possible to make it happen in a quicker way because this quarantine way of working made us understand that there are so many things that we can do that we thought we couldn’t do, and also it’s shown us that things can also be done fast. It’s just that we are not used to thinking this way.

Posted by FASHIONmode News at 11:06 AM