The 2020 LVMH Prize Finalists Are Here

Last month’s LVMH Prize cocktail party in Paris was cancelled, but the competition was still very much on, as anyone who visited the Avenue Montaigne showroom and met the diverse group of semi-finalists can attest. The industry experts charged with narrowing the 20 semi-finalists down to a group of eight faced a challenging task, but the list has now been confirmed. The 2020 LVMH Prize finalists are Ahluwalia, Casablanca, Chopova Lowena, Nicholas Daley, Peter Do, Sindiso Khumalo, Supriya Lele, and Tomo Koizumi.

In a press release, Delphine Arnault, executive vice president of Louis Vuitton and the founder of the Prize, said, “This year, once more, the semi-finalists impressed us with their creativity and their commitment to creating clothes that are respectful of the environment… The eight finalists all have in common to be very talented in their respective fields and to aspire to enhance know-how.” 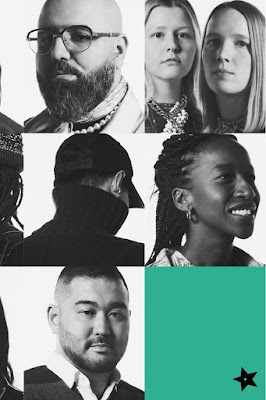 A top-line analysis indicates that five of the finalists make womenswear, with the other three focused on menswear. Gender-neutral fashion isn’t the big story it was a couple of years ago, but sustainability and responsible design continue to be a priority for many of this year’s contenders. Of the several duos and trios in the semi-finalist pool only Chopova Lowena’s British and Bulgarian-American twosome remain. Bulgaria and India are represented on the list for the first time, and South Africa has its second-ever finalist in the form of Sindiso Khumalo, following Thebe Magugu’s win last year.

The finalists will meet the LVMH jury on 5 June in Paris, when the winner will be announced. Rihanna, Virgil Abloh, and Stella McCartney are the new designers joining a roster that includes Jonathan Anderson, Kris Van Assche, Maria Grazia Chiuri, Nicolas Ghesquière, Marc Jacobs, and Clare Waight Keller, as well as Arnault, Jean-Paul Claverie, and Sidney Toledano.

Ahluwalia by Priya Ahluwalia (British designer of menswear based in London)

Casablanca by Charaf Tajer (French designer of menswear based in London)

Tomo Koizumi by Tomotoka Koizumi (Japanese designer of womenswear based in Tokyo)
Posted by FASHIONmode News at 12:39 PM