The Italian luxury house’s new fashion campaign pinpoints iconic scenes from Kubrick’s films, recreated with meticulous detail to showcase Gucci’s latest Exquisite collection. Some of the scenes featured draw from Kubrick’s classics like The Shining, 2001: A Space Odyssey, A Clockwork Orange, Eyes Wide Shut and Barry Lyndon.
The near-exact replicas of the famed director’s work, sees Michele insert Gucci-clad models into the scenes. To ensure authenticity, Gucci partnered with Warner Bros. and the longtime Kubrick costume designer Milena Canonera to bring these scenes to life in the modern day and age. With the help of accurate settings and finding lookalikes to portray the film’s actors, the campaign brings a sense of surreality to the collection. 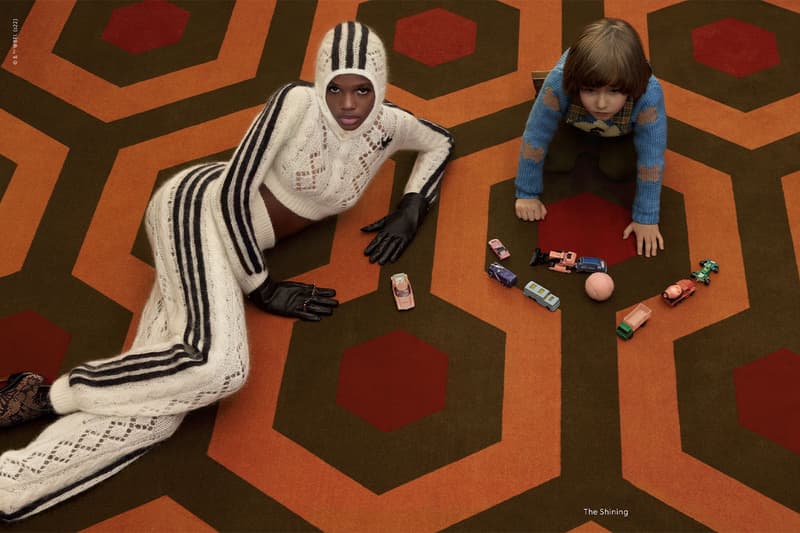 The seamless integration of the models was chosen specifically to imitate the actors in Kubrick’s films. Some recognizable scenes include the empty hallways from The Shining and the rotating corridor from A Space Odyssey. Michele spoke about finding inspiration from Kubrick’s film in a lengthy note regarding the new Exquisite campaign,
“Kubrick was, in essence, a real sculptor of genres: the ‘cross-genre’ director, ahead of his time. His ability to build stories that exceed significance, crossing borders and setting labels on fire, has always been deeply inspiring to me.

As an act of love, I decided to re-inhabit Kubrick’s films. I took the liberty of disassembling, blending, grafting and reassembling them. Sticking to my creative praxis, I seized those movies, re-semanticizing them, populating them with my clothes. The past explodes into the present.”
Posted by FASHIONmode News at 8:38 AM No comments:

When planning the cover of his September 2022 issue, Edward Enninful, British Vogue’s editor in chief and European editorial director, had a theme in mind: “Everlasting Linda.”

Linda Evangelista, the formidable beauty who ruled the ’90s runways as one of the original supers, had been on Enninful’s wishlist of cover stars since he took the helm at British Vogue in 2017 (“I called her so many times!” he says). Five years into his tenure, he can tick it off the to-do list, as the 57-year-old returns to the spotlight in spectacular fashion.

When it came to a photographer, Steven Meisel – Linda’s longtime collaborator – was the only choice. “They are such an iconic coupling,” says Enninful, adding that the pair’s friendship and connection (“No one understands the Evangelista magic better than Meisel”), contributed to a joyous atmosphere on set. “It was amazing,” Enninful confirms. “We didn’t even really need words to communicate.” It felt like a “heart-warming moment of fashion history”, he writes in his editor’s letter. 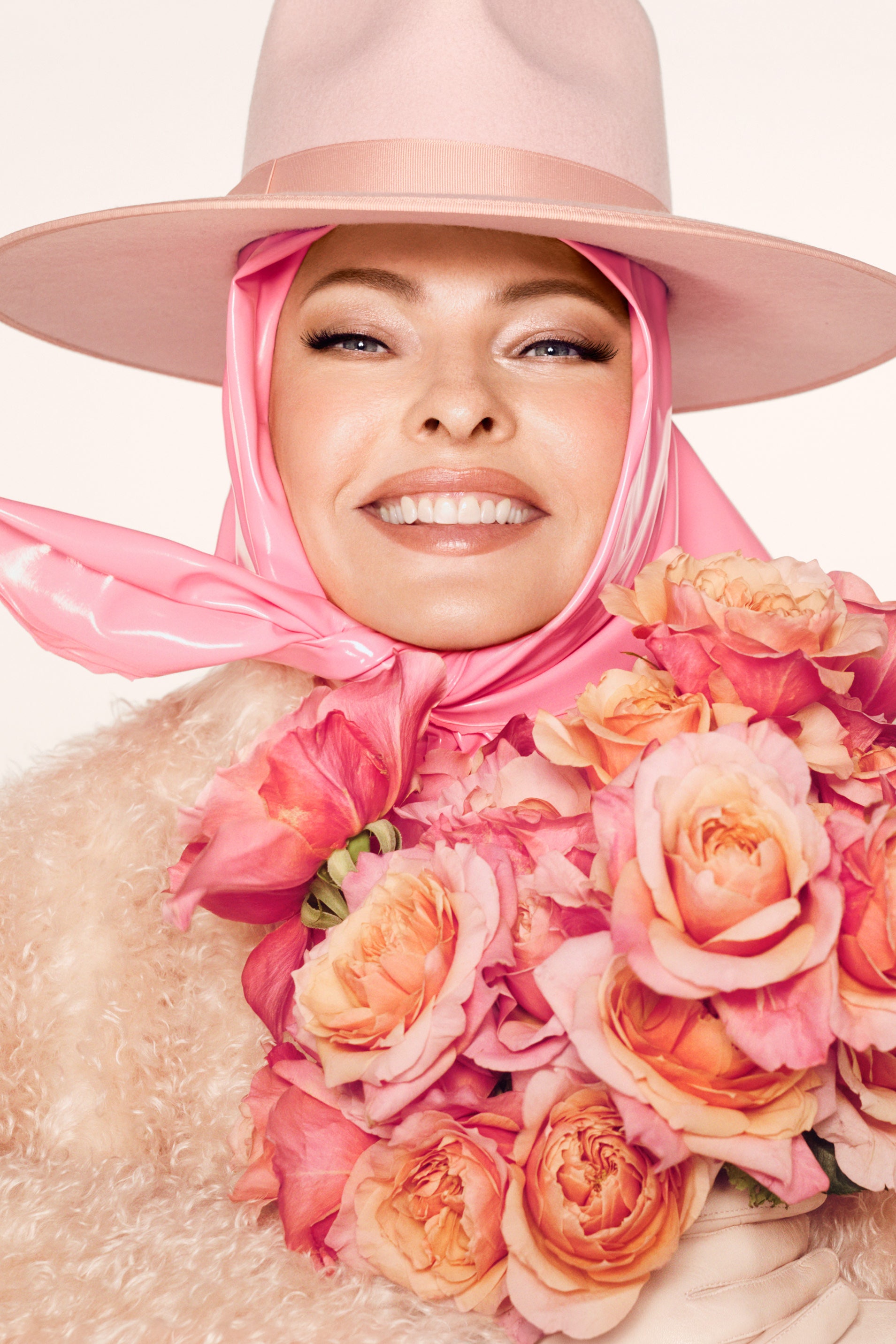 The sense of nostalgia on the shoot is reflected in Linda’s timeless cover story, which finds her swathed variously in Prada leather and Chanel tweed. There’s an element of the “retro”, Enninful says: “We looked at a lot of her older pictures, but we also wanted to move her forward.” As such, the heritage brands Linda wore so inimitably on the runway in the ’90s mingle with pieces from designers who rose to prominence during her hiatus, like Demna and Richard Quinn. “Linda has been away for so long, we wanted to include cool labels she hadn’t worn before,” Enninful explains.

Despite her absence – which she addresses in her candid conversation with deputy editor and fashion features director Sarah Harris in the September issue – Linda is no stranger to the cover of British Vogue. She was 23 when the late Peter Lindbergh photographed her for the January 1989 issue. The following year, she stepped in front of Lindbergh’s lens once more, this time accompanied by her fellow nascent supermodels, Naomi Campbell, Tatjana Patitz, Christy Turlington and Cindy Crawford, for what would become one of the most indelible magazine covers of all time. This latest star appearance comes at a “special moment in her life” Enninful says. As Linda herself puts it in her cover interview: “I’m not done.”
Posted by FASHIONmode News at 10:12 AM No comments:

Legendary Japanese fashion designer Issey Miyake has died from liver cancer at the age of 84. The Hiroshima-born, Tokyo-based creative icon – who launched his namesake label in New York in 1970 – was famed for his innovative and technological approach to fashion design, which married precise, industrial techniques with poeticism. His garments were beloved by members of the creative industries, viewed often as the unofficial uniform of architects and graphic designers. Miyake’s most famous client was Steve Jobs; he created the black polo-neck the Apple founder wore with jeans day in, day out. 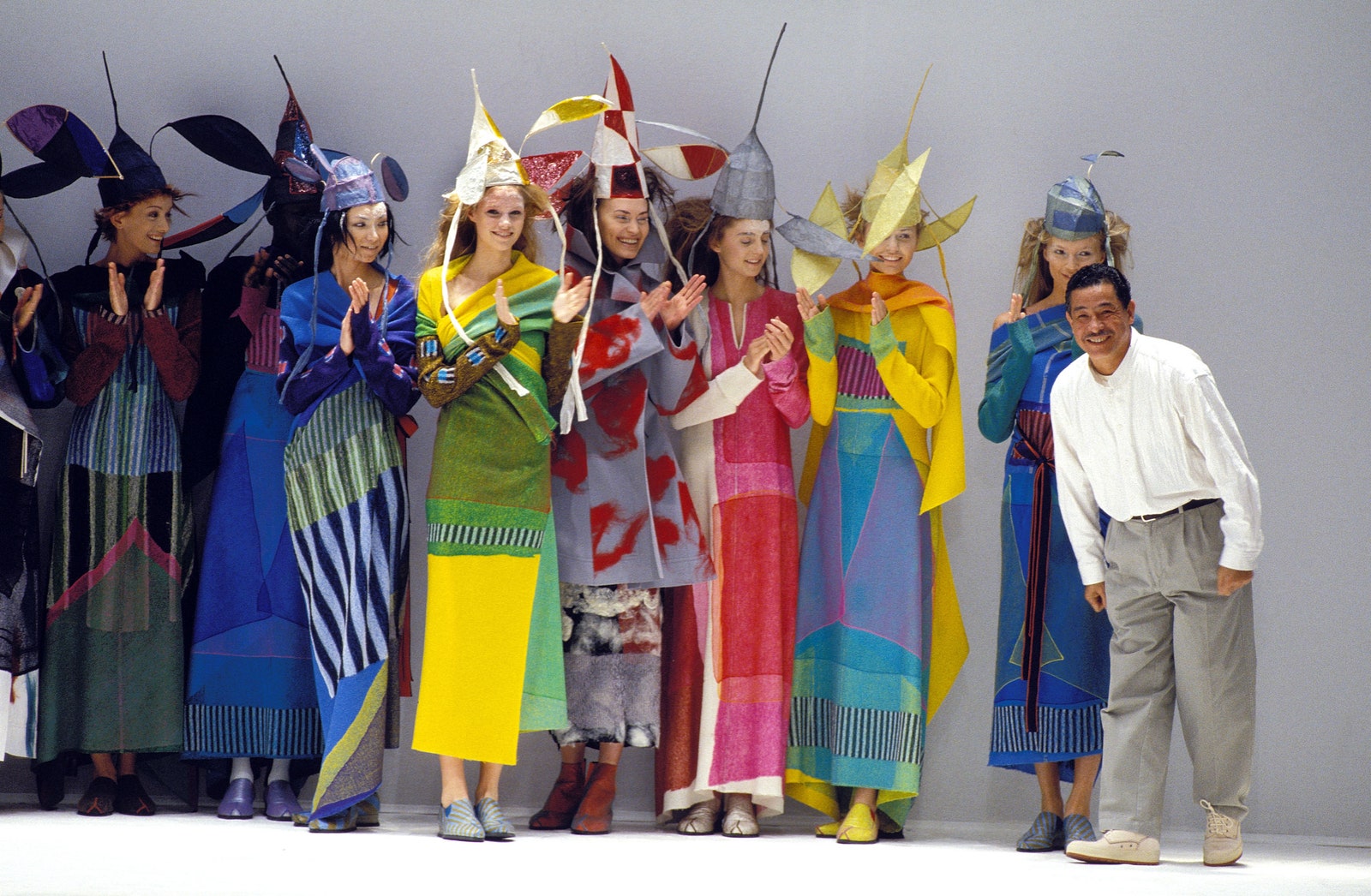 Miyake, who cut his teeth in the ateliers of Guy Laroche and Hubert de Givenchy, was most famous for his revolutionary approach to fabric design. In the ’90s, he showcased his Pleats Please line, comprised of crease-free, shape-retaining garments creating using a heated pleating machine. He also debuted his APOC, or A Piece of Cloth, concept: an edit of machine-made garments using a knit fabric that was pre-fused with clothing patterns. He was a pioneer of the art-fashion collaboration, and worked with a number of artists, including Nobuyoshi Araki, on guest-designed collections. Today, Miyake’s signature fragrance, L’Eau D’Issey, is still considered an olfactory icon.

After years creating breathtaking designs on the runway, Miyake stepped back from the fashion industry in 1997. Today, the brands that exist as part of his namesake group are still steeped in innovation and experimentation, debuting game-changing garment-making techniques each season. The power of Miyake’s utterly precise and architectural approach to design is that it simultaneously imbues its wearer with lightness and joy.
Posted by FASHIONmode News at 9:35 AM No comments: