Peter Pilotto Is Pressing Pause On Its Business

Just one year on from releasing one of the most internationally eyeballed wedding dresses of the decade – for the wedding of Princess Eugenie, in October 2018 – the London-based label Peter Pilotto has announced it is pressing pause on its business.

A statement released on the brand’s Instagram account on 27 February read: “After 12 exhilarating years of collaboration, Peter Pilotto and Christopher de Vos have decided to take a break and pause their eponymous brand Peter Pilotto.”

The statement continued: “During the imminent break, Peter and Christopher will reassess all aspects of the future of the brand, it’s [sic] structure, business model and operations.” A quote attributed to the duo said: “We have loved working together and love what we have created with Peter Pilotto. The brand is a true blend of our passions and creativity, but we need time to pause and rethink before we explore our next steps in this rapidly changing world. We are excited about our next phase, whether separately or jointly.” 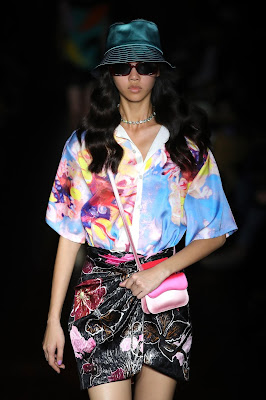 The decision comes after the designers were noticeably absent from the autumn/winter 2020 schedule. Last season, they had decamped to Milan, following years of showing in London. Pilotto, who is half-Italian, had said at the time: “Recently we’ve come to Italy often working on leather goods, and fabrics have been made in Italy since the start of the label; we’re also producing part of the collection here.”

A caption underneath the post, appeared to suggest that the duo would continue to own the label, presumably following talks with their investors MH Luxe and Megha Mittal, who took an undisclosed stake in the company in 2015. “We are grateful to our investors who have confirmed that we will continue to own the Peter Pilotto brand. Thank you to everyone who has supported us,” it read.

Peter Pilotto was once one of the most exciting young talents on the London Fashion Week roster, having won the Vogue/BFC Designer Fashion Fund in 2014 and dressed stars including Kristen Stewart, Beyoncé and Carey Mulligan. The duo met while studying at Antwerp’s Royal Academy of Fine Arts in 2000, and launched their label in 2007, quickly building a reputation for digital prints and feminine silhouettes.

Posted by FASHIONmode News at 9:35 AM