At the close of Milan Fashion Week, Giorgio Armani has cancelled his house’s autumn/winter 2020 presentation due to the spread of coronavirus within Italy. While several Chinese designers, including Ricostru, Angel Chen and Hui, have been absent from the MFW calendar this season, Armani is the first Italian house to alter its plans in light of the health crisis. The brand informed showgoers that the collection would instead be shown “behind closed doors” and “live-streamed in front of an empty teatro” on Armani’s website and social media channels. “This decision was taken to safeguard the wellbeing of all his invited guests by not having them attend crowded spaces,” a PR representative said via email. 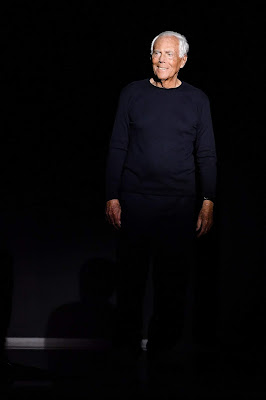 The announcement comes after prime minister Giuseppe Conte rolled out a plan to combat the spread of the virus on Saturday as the number of cases within Italy reached 79, including two fatalities. More than 50,000 people in the northern regions of Lombardy and Veneto are now under quarantine, with schools and multiple public offices temporarily closed, and additional, less stringent precautions being taken outside the core infected areas. Notably, Moncler shared this morning that it would be delaying the public opening of its Moncler Genius warehouse at Viale Molise 70, where the brand showcases its collaborations with the likes of Simone Rocha and JW Anderson, in keeping with “authority guidelines”.

While Mr Armani’s decision to cancel his show is unprecedented, it’s just the latest in a series of last-minute changes the coronavirus has precipitated within the fashion industry over the last month – from London Fashion Week favourite A Sai Ta postponing his ASAI presentation after his Shanghai factory was shut down to a host of designers being forced to sit out Paris Fashion Week, including Masha Ma, Jarel Zhang, Calvin Luo, Maison Mai, Shiatzy Chen and Uma Wang. Meanwhile, Camera Nazionale della Moda Italiana predicted that as many as 1,000 Chinese editors, buyers, and other fashion industry employees would miss this season altogether, with Shanghai Fashion Week, due to begin on 26 March, pushed back indefinitely.

Posted by FASHIONmode News at 8:06 AM