Despite the shorter schedule, the absence of blockbuster New York Fashion Week mainstays – CFDA chairman Tom Ford, Ralph Lauren and Tommy Hilfiger among them – this season has created additional light for a new generation of rising design talents. Rather than make overt political statements about the looming presidential elections in October and the state of other current affairs, these designers have instead chosen to harness the power of fashion as a means of escapism.

From Susan Alexandra’s musical extravaganza to Kenneth Nicholson’s nostalgic tailoring and the divine comedy of Puppets and Puppets, five rising stars of NYFW share the inspirations behind their latest collections and the series of events that led them to a career in fashion. 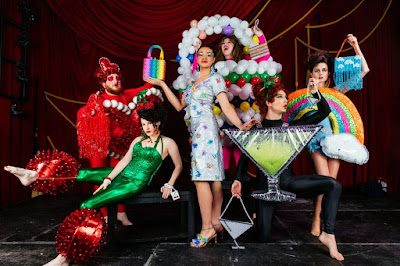 In September, Ohio-born New York-based designer Susan Korn, known by her brand name Susan Alexandra, gave her fans – notable mentions include the Hadid sisters and Barbie Ferreira – what they wanted: ready-to-wear. Made in collaboration with designer and drag queen Steak Diane, Alexandra’s pencil skirts, crop tops and babydoll dresses with embellished fruit prints are an extension of her fun, beadwork bags and jewellery in rainbow colours.

For autumn/winter 2020, Alexandra staged a 20-minute musical, rather than a conventional runway show, starring Larry Owens – a lead in one of 2019’s buzziest off-Broadways productions, A Strange Loop – and Sasha Spielberg, actress daughter of director Steven. “I wanted to turn up the volume on what I've already done,” explains the 34-year-old, pulling out an accessory she is particularly excited about: “A bag that looks like a firework – it's an explosion of beads!” Other pieces you’ll want to immediately shop (Susan Alexandra is stocked at several international retailers including Saks and Selfridges) include a “more demure” pouch made from seeds, and paint-palette earrings that pay homage to Alexandra’s “eternal muse”, Frida Kahlo. 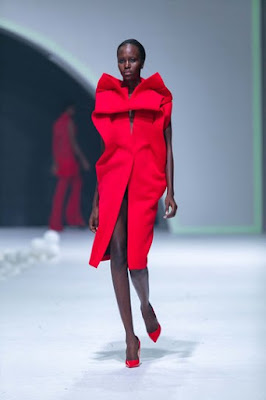 Senegalese designer Omar Salam credits the late Sonia Rykiel with having taught him everything he knows. After graduating from Parsons with a degree in fashion design, he worked for the queen of knitwear for seven years and subsequently Christian Lacroix. In 2012, he established Sukeina and it wasn’t long before the likes of Naomi Campbell and Natalia Vodianova were endorsing his elegant designs.

Salam is a storyteller first and foremost and at one time had ambitions of being a screenwriter. “I’m fascinated by the power of communication, but it wasn’t until later that I looked beyond words and into visuals,” says the 42-year-old, before stressing the imperative of establishing a brand only when the time is right. “If one has as a goal [of contributing] to the palette of fashion, then create a colour that hasn’t existed before.” This season Salam continues to strive for originality and authenticity, combining like breathable neoprene from Japan with luxurious silk organza, chiffon and feathers. New fabrications – braided, embroidered and beaded textiles – developed in his Brooklyn atelier, meanwhile, pay homage to the Bassari and Fulani people of west Africa. 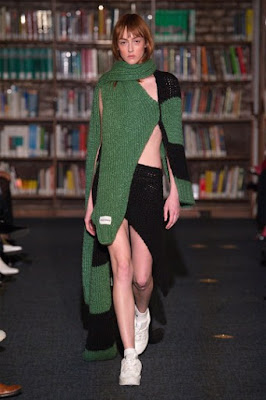 Born and raised in Rome, a graduate of Istituto Europeo di Design in Barcelona and now based in New York, Prisca Franchetti doesn’t set out to reinvent the wheel with the arrival of each season. The 29 year old was drawn to fashion design she says for its “pursuit of the perfect balance between creative and commercial.”

“This collection is about the [type of] woman I admire and [providing her with] what she wants and needs,” she adds. For autumn/winter 20, some of the pieces on the Priscavera woman’s wishlist are straight-leg jeans, hand-painted with illustrations of goldfish; slouchy silk suits in plum and magenta; a hooded long-sleeve minidress cut from a double layer of Italian jersey (Franchetti’s answer to the little black dress); and glossy puffer jackets, deliberately misbuttoned. There was a studious undertone to the show, staged in the The General Society Library, with some models sporting thick-rimmed glasses and backpacks slung over one shoulder. “I listened to my friends and asked them a lot of questions,” Franchetti says of her working process. “I observed what women wear on the street... I aim to give them the tools to express themselves, feel comfortable, powerful, professional, naughty, sexy, tough or simply have fun.” Los Angeles-based Kenneth Nicholson regards himself as an artist who makes clothes, rather than a fashion designer. “It’s the most real way of expressing art in the sense that it’s worn; one can [communicate] their internal [feelings] externally… the ultimate version of performance art,” explains the 37-year-old.

There is a widespread belief that great art comes from struggle, and that seems to be the case for Nicholson, who describes his upbringing in Houston, Texas as “difficult”. “I was bullied at school and my father – an army veteran – didn’t understand my desire to create fashion as a teenager,” he says. Nevertheless he pursued his calling and went on to study fashion design at San Francisco's Academy of Art University. Titled ‘Grandmas Couch’ – inspired by the “view” from his grandmother’s couch that encompassed “florals, crystals, figurines, sounds of gospel, sports imagery” – Nicholson’s AW20 coed collection presented during NYFW mens was a poetic collage of colours, textures and patterns. Think Seventies-style tailoring in pastel hues, refined frock coats for the 21st century renaissance man, a skirt suit cut from what looked like houndstooth carpet and sweaters and vests made using a latch-hooking technique passed down through generations. 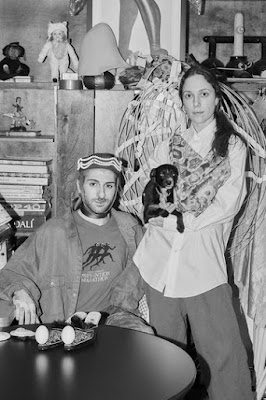 Launched last year and showing off schedule, Puppets and Puppets have already made their presence known with their theatrical and humourous creations, as seen on the likes of model-photographer Richie Shazam and artists Chloe Wise and Jane Moseley. This season took a sci-fi turn, with colour palette and cuts inspired by Jean Giraud’s elaborately illustrated storyboards for Alejandro Jodorowsky’s doomed adaptation of Dune. Established by Carly Mark and her former assistant Ayla Argentina – trained in the fine art at the School of Visual Arts and fashion design at the Fashion Institute of Technology respectively – Puppets and Puppets is a confluence of disciplines. “My main focus is the show itself and I oversee the art direction and decide the theme of the collection,” Michigan-born Mark says of their working process. “It’s 50/50 creative input, but Ayla has garment construction ideas and fashion history knowledge that I wouldn’t think of.”

After graduation, Mark got gallery jobs to gain a better knowledge of the market, but grew increasingly disillusioned by the art world. “I discovered it’s more corporate and commodity-based than I had originally thought; you grow up looking at art and it seems like this transcendental thing, but really it’s just a business and I was really disheartened by that,” she says. “Art pretends to be visceral and emotional, fashion doesn’t pretend to be anything other than a business, so I feel they almost do the inverse to what they’re meant to do. We spend months putting together a show, it’s here and then gone and we do it because we love it, not because it makes us rich.”

Posted by FASHIONmode News at 7:01 PM