What Happened To Rethinking The Fashion System?

Back in April, Saint Laurent was the first to make a move, announcing its intention to skip Paris Fashion Week and reshape its schedule for showing collections for the rest of the year in a break with the conventional fashion calendar. Soon after, Kering stablemate Gucci threw its weight behind change, announcing that it was going seasonless and scaling back the rhythm of its fashion shows to twice per year. “I will abandon the worn-out ritual of seasonalities and shows to regain a new cadence, closer to my expressive call,” said designer Alessandro Michele.

Around the same time, a group of designers and retailers fronted by Dries Van Noten published an open letter calling for changes to the timing of deliveries and discounts. Almost simultaneously, another group, facilitated by BoF, issued a proposal for “rewiring” the fashion calendar more extensively, including the timing of buying periods and shows.

But some of the industry’s largest brands, with more traditional mindsets and significant vested interests in the status quo, have since thrown cold water on the idea of a system-wide reboot. Chanel’s president of fashion activities Bruno Pavlovsky has made clear he has little interest in changing a fashion system that is working so well for the French luxury giant, which surpassed $12 billion in sales in 2019 and plans to double down on its traditional six shows per year.

Dior and Fendi have also signalled their plans to stage shows on the traditional calendar this autumn. Owner LVMH is likely to announce shows for more of its megabrands and seems uninterested in upending the industry’s current system. (The councils that organise Paris and Milan fashion weeks have their own vested interests in the status quo and are somewhat resistant to change, too).

To be sure, rethinking the inefficiencies of the traditional system is most urgent for smaller brands, which are currently under pressure like never before due to their heavy reliance on third-party retailers and lack of financial cushion to absorb shocks brought on by the pandemic. But fashion’s current approach to showing, delivering and discounting collections is fundamentally out of sync with today’s globalised, digital world and ultimately destroys value for the entire industry, megabrands included.

Some of the industry’s largest brands have thrown cold water on the idea of a system-wide reboot.

Traditional runway shows are incredibly powerful in the way they harness the physical presence of the “right” people — editors, celebrities, influencers and other tastemakers — to get fashion’s dream machine whirring, turning dresses into objects of desire for millions of consumers. But the months-long gap between these marketing spectacles, consumed online in real-time, and when collections hit stores has long been a problem for brands of all sizes. 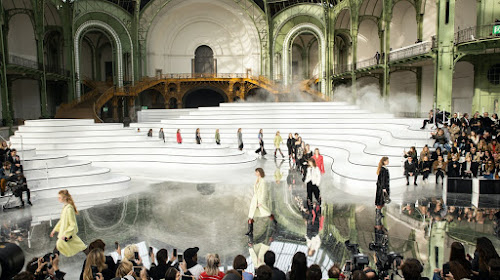 What’s more, these collection deliveries follow archaic, Eurocentric “seasons” that have been warped by the demands of major department stores for so long that they no longer correspond with real-world weather patterns even for European shoppers, let alone fashion’s increasingly global customer base, whose clear desire to “buy now, wear now” is perennially thwarted.
Then, there’s the matter of discounting. Ever-earlier seasonal markdowns — exacerbated by the internet, where competitors are just a click away and price comparison is common — may help to drive short-term sales bumps. Ditto broad-spectrum, mid-season sales events like Black Friday, Cyber Monday and Singles Day. But in the long run, the entrenched practice of offering discounts without discipline erodes profitability and brand equity for brands large and small.

A rethink would offer value across the sector.

The initiatives seen thus far lack industry-wide consensus. In any case, we may not be moving from a past world of “model A” to a future world of “model B” where all players take a one-size-fits-all approach to shows, deliveries and discounting. In fact, we’re more likely to see the emergence of models A-to-Z, with labels doing what’s best for their own businesses.

Yet, the industry calendar does require a degree of coordination to function, across activities from department store deliveries to fashion weeks. And small brands with the most incentive to update their approach will find it difficult to press ahead unless the big players come on board.

Change clearly won’t happen overnight. While coronavirus has proven a catalyst for the conversation on systemic change, it has also created huge uncertainty that may simultaneously create obstacles to reform.

The fashion cycle that starts in September is likely to be highly unusual, with uncertainly set to continue well into 2021, as companies brace for the possibility of a second (or third) wave of infections. With so much up in the air, it may take 12 to 24 months for things to settle and the system to evolve.

But if it is going to keep pace with a globalised, digital world, evolve it must. Big brands with vested interests in the status quo should not stand in the way of change, as ultimately rethinking fashion’s traditional system is good for them, too.
Posted by FASHIONmode News at 10:52 AM