Fashion Weeks Are Going Digital: Here’s Your Indispensable Rundown Of The New Calendar

The future of the fashion calendar is uncertain. Each day offers new challenges for designers and their teams to overcome amid the Covid-19 pandemic, an economic depression, and a global social justice movement. Planning for the next season is no longer business as usual, but small steps are being made. After months in lockdown, fashion houses have returned to work in France and Italy with an urge to rethink everything, most notably the fashion show.

While the prospect of attending IRL fashion shows seems far off, designers are forming new ways to showcase their collections and express their ideas now. The fashion calendar is starting to take shape; here, a rundown of what we know, following the BFC’s first digital London Fashion Week from 12 to 14 June.

Ahead of the rescheduled Paris men’s fashion week, Hermès is livestreaming a digital experience tied to its spring 2021 collection.

In Paris, the Fédération de la Haute Couture et de la Mode will host the first-ever virtual couture fashion week. During the three-day digital event, accredited couture maisons will present videos and content that will go live on a preset show schedule, emulating the format of a physical fashion week.

The FHCM has announced that the men’s spring 2021 collections will pivot to a video-only format this season. Similar to the flow of an IRL men’s fashion week, the digital week will be organised by time slots, allowing for back-to-back streams on one central platform. “Digital is clearly part of the shape of fashion to come and we will take it as an opportunity for innovation to complement tradition,” Ralph Toledano, the president of the FHCM, told Vogue. “This being said, [in the] last weeks behind our screens, we all felt that a dimension was missing: the sensorial one. This has tremendously reinforced our position that nothing will ever replace the unity of time and place. Shows are a major component of the fashion industry, and this will remain... Physical events will always have our preference, but as long as there is uncertainty, there should be flexibility.”

Italy’s Camera della Moda team similarly announced an online men’s and women’s fashion show format with new July dates titled Milano Fashion Week Digital. From panel discussions on social media to virtual showroom appointments, this season’s physical-digital showcase will allow designers to present their latest collection or something totally different. “Everybody can decide their own message. The advantage is that in a digital world, you are completely free. You find your way of expression. We said to everybody, ‘You have from one minute to 15 minutes, and you decide what you want to show,’” Carlo Capasa, the president of the Camera della Moda, told Vogue.

Ermenegildo Zegna is staging a “phygital” show to launch the brand’s spring 2021 collection.“I have always wanted to use alternative formats to communicate my creative process to an even wider audience. The idea that this season I will present the collection with a digital tool gives me great energy and freedom of thought because I can finally enter directly into people’s place,” Alessandro Sartori, artistic director of the Ermenegildo Zegna Group, explained in a press release. The innovative-slash-intimate hybrid event will also celebrate the brand’s 110th anniversary.

On the final day of Milan’s new digital fashion week, Gucci is confirmed to premiere its men’s and women’s resort 2021 collection in the form of a digital fashion show. However, this will be creative director Alessandro Michele’s last pre-collection spectacle for the Italian house. On 25 May, Michele announced that the house will produce only two coed shows (one in the autumn and one in the spring) instead of five seasonal runways a year. “I’m passionate about fashion shows, but maybe we can be open to seeing them in a different way,” Michele said. 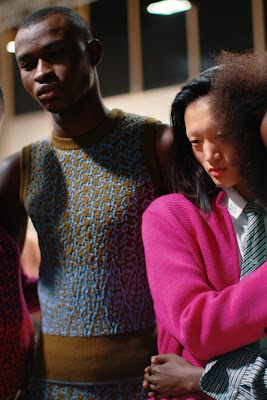 Michele is not alone in breaking from the fashion calendar. Saint Laurent, which is also owned by Gucci’s parent company, Kering, announced its departure from this year’s preset schedules and beyond. “Conscious of the current circumstance and its waves of radical change, Saint Laurent has decided to take control of its pace and reshape its schedule,” Anthony Vaccarello, the house’s creative director, wrote in an Instagram post published in April. “Now more than ever, the brand will lead its own rhythm.”

Editors, buyers, and influencers from around the world flock to Denmark’s capital city twice a year to take part in Copenhagen Fashion Week. This season’s event has shifted five days as a result of the pandemic. “We’re fortunate that the Danish society is opening up much more quickly than expected, making it possible for us to hold Copenhagen Fashion Week very close to the originally scheduled dates,” Cecilie Thorsmark, CEO of Copenhagen Fashion Week, noted in a press release. “All of our activities will, of course, be set up to meet applicable regulatory requirements.”

Stockholm cancelled its fashion week the past two seasons due to sustainability concerns and financial issues, but the Swedish Fashion Association is slated to resurface in the era of digital fashion events. Set to run over three days in late August, the SFA’s first virtual fashion week will cater to press, influencers and other stakeholders alongside consumers. In addition to prerecorded product presentations, designers will step into the spotlight during live interviews and themed conversations with Vogue editors.

Known for his annual fashion show spectaculars, Kerby Jean-Raymond of Pyer Moss is proving that playing it safe doesn’t mean cancelling all large gatherings. In light of social distancing efforts, Jean-Raymond is staging a full-fledged drive-in fashion experience tour to showcase his new film American, Also. “It’s always been our mission to show the amount of thinking and labouring that goes behind putting together a collection – we’ve been slowing down the speed of how much we produce and improving the quality of what we produce throughout the years,” Jean-Raymond told Vogue.

Jean-Raymond is not the only New York-based designer banking on something big in September. With the resort season more or less cancelled as a result of factory closures, many brands have refocused their efforts on New York Fashion Week. Veteran headliners like Proenza Schouler and notable newcomers like Collina Strada are said to be saving up for September, a strategy that is shaping up in Milan and Paris too.

In April, Pitti Immagine Uomo postponed its spring fashion week from June to September with the idea that some socially-distanced shows could take place. However, the organisation recently decided to defer all physical presentations until January 2021, meaning that the regularly biannual men’s fashion week would only gather once in Florence this year due to the pandemic. In lieu of June and September programming, Pitti Immagine will launch a digital platform titled Pitti Connect aimed at enhancing exhibitor connectivity.

Instead of participating in FHCM’s digital couture fashion week, Giorgio Armani will host his seasonless Privé show at the Palazzo Orsini in January. Joining Armani, Chitose Abe of Sacai will debut her couture collection for Jean Paul Gaultier as his first guest designer in the new year.

Unlike the majority of brands set on staging something in September, Virgil Abloh is holding out until 2021 to present his own women’s and men’s spring collections. Abloh’s decision to wait until January means Off-White is officially experimenting with the see-now-buy-now calendar. The collection will available for purchase in February, about a month after the looks debut on the runway. While Balenciaga has not officially confirmed a new date, the French house has likely postponed Demna Gvasalia’s couture debut until 2021.

Posted by FASHIONmode News at 10:08 AM