Leave it to Donatella Versace to ace the fashion film format. As part of Digital Milan Fashion Week, the designer presented a so-called ‘flash collection’ starring the British musician AJ Tracey, a cool cast of models, and of course, herself. Versace’s idea was the obvious answer to the makeshift digital show format: a music video, the way we know and love it from MTV in the 1990s and early ’00s. It had minimal production, minimal fuss and a storyline that mainly involved Tracey and his friends arriving at a photo shoot for the collection’s campaign and performing a new track, ‘Step On’. But in all its simplicity it was perfect for a format that brands are still coming to terms with. 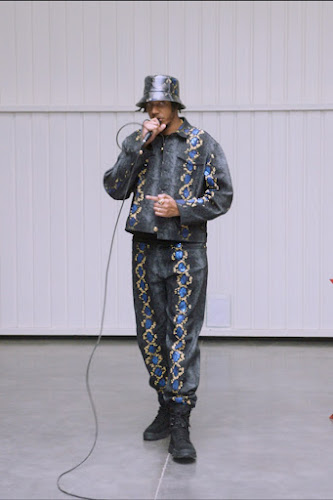 What is a flash collection, then? Well, Donatella spent the lockdown in her Milan apartment – accompanied only by her dog – thinking about how she could contribute to a better and more sustainable fashion industry. Boggled, like many, by the disharmony between fashion seasons and weather seasons, she found a solution in the concept of flash collections: smaller collections that can be presented more often, and produced and delivered to stores faster. The intention is to reduce overproduction and waste, and the disadvantages associated with the current sales cycle.

It was also a celebration of music. As Donatella disclosed via email: “Versace and music have always had a special relationship, especially when it comes to young talents. All my life, I have looked at the music world for inspiration, I have enjoyed discovering new, sub-cultures and seeing how they have grown into strong cultural movements. On top of that, I wanted to give to all of us a few minutes of distraction and joy. I think we all need a bit of that...”
Posted by FASHIONmode News at 12:47 PM