Louis Vuitton will close Paris Fashion Week on 6 October with a runway show at La Samaritaine, the LVMH-owned complex that has been 15 years in the making. The former shopping behemoth was shuttered in 2005 due to safety concerns, and the conglomerate has spent the past decade and a half regenerating the site into a luxury complex, featuring a hotel, offices, restaurants, housing, day-care facilities and, of course, the revived Samaritaine store.

The pandemic has pushed back the opening of the new LVHM centre to 2021, but Nicolas Ghesquière’s Louis Vuitton show must go on! Four hundred guests split into two show sittings will get a first look at the house’s spring/summer 2021 womenswear collection under La Rotonde, a striking glass dome on the top floor of the Samaritaine. Fashion fans tuning into the show via livestream will enjoy a completely different perspective of the opulent multiplex, owing to green-screen technology. The brand expects the phygital format to draw in more viewers than the autumn/winter 2020 show, which saw five million people tune in to its online broadcast. 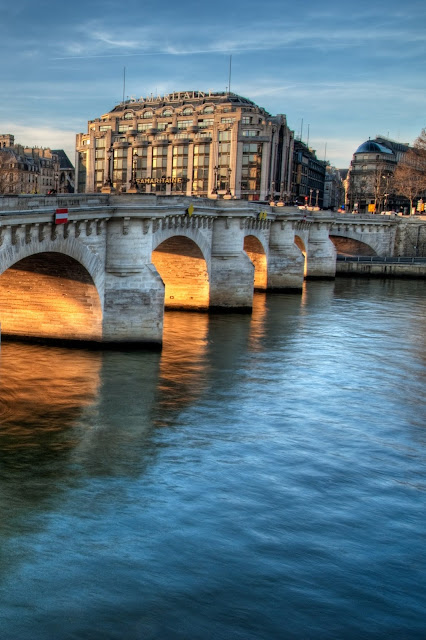 “It’s a one-off, bespoke experience,” explained Michael Burke, Louis Vuitton’s chairman and chief executive officer. “It’s a historical Parisian landmark – the 19th century meets the 21st century, so it’s a play on time. Nicolas has spent a lot of time meditating about fashion over time.” Indeed, Louis Vuitton’s last show, which took place within a glass structure inside the Louvre’s Cour Carrée, saw guests, sitting on seating sourced from sustainably-managed French forests, witness a costume drama spectacle. On a tiered gallery overlooking the catwalk, over 200 characters stood in period dress from the 15th-century to 1950. The fancy dress was sourced by Stanley Kubrick’s director of costume Milena Canonero, no less.

“[The phygital format] is a fantastic way of telling multiple stories at the same time,” Burke promised of this season’s presentation. “The world wants to see the show at the same time. And when your audience is the world, and not a curated crowd, you need a lot more storytelling.” With no other clues, but the promise that it won’t be “gimmicky”, Louis Vuitton is bound to close Paris Fashion Week with a bang.
Posted by FASHIONmode News at 4:53 PM