IMG has released its preliminary designer schedule for New York Fashion Week: The Shows, which takes place February 6th to 12th. As reported, the Council of Fashion Designers of America released their preliminary Fashion Calendar last month for the shows that take place February 7th through February 12th, featuring about 71 companies. IMG noted that headquarters for New York Fashion Week: The Shows will once again be Spring Studios. The company will also support select offsite shows in New York and Los Angeles.

There are designers on the Fashion Calendar, such as Michael Kors, Marc Jacobs, Carolina Herrera, and Vera Wang, who aren’t on IMG’s schedule. Overall, there are 71 companies on IMG’s schedule. IMG will also present a fashion presentation under the NYFW: The Shows banner in Los Angeles on Feb. 4 featuring M Missoni.

NYFW: The Experience will return for the fall/winter 2020 season, offering exclusive and official access for consumers to select designer shows at New York Fashion Week. Premium hospitality packages for NYFW: The Shows are supported by Endeavor’s experience business and can be purchased at NYFWExperience.com.

In addition to its slate of runway shows and fashion presentations, IMG’s NYFW:BTS program, which creates experiences beyond the shows and behind the scenes at New York Fashion Week, will return for its third season. That will include a variety of topics, which will be revealed later this month. 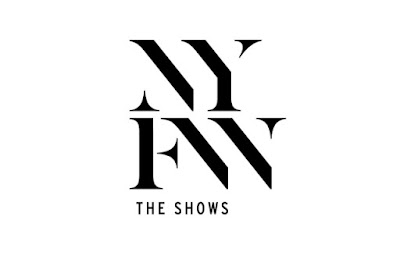 NYFW: The Shows is being presented by lead partners BMW of North America, Visa, Maybelline New York, TRESemmé, Perrier, Papyrus and The Glenlivet, with official media partner E! The digital home for NYFW: The Shows will be NYFW.com and @NYFW across Instagram, Twitter and Facebook, which will feature exclusive designer content, live streams and archives of designer shows, and social activations during the week and throughout the year.

Leslie Russo, executive vice president of IMG, said, “This season will bring an exciting intersection of American and international designers to NYFW: The Shows. IMG will continue to support designers on the official central footprint of New York Fashion Week at Spring Studios as well as across the city and country during this important moment for American fashion.”

The CFDA controls the official NYFW Fashion Calendar, including dates and showtimes for NYFW: Women’s, Men’s Bridal and Pre-Collections. To be considered for the CFDA’s Fashion Calendar, the official schedule of NYFW, all designers go through an application process that takes into consideration domestic and international editorial coverage, years in business, retail accounts, and if designers have participated in fashion week before.

IMG’s NYFW: The Shows’ schedule includes designers supported by IMG through international showcases, brand partnerships, representation, digital content production, or ticket sales, who show both on and off the central footprint. IMG’s schedule also includes peripheral days outside of the official NYFW schedule at the request of designers and partners.

Posted by FASHIONmode News at 11:08 AM