For its 2020 collection, Chanel returned its Métiers D'Art show, which showcases and celebrates the handiwork of the house's ateliers to Paris, after traveling internationally the past two years (to Karl Lagerfeld's native Hamburg in 2017, and to the Met's Temple of Dendur in New York in 2018). 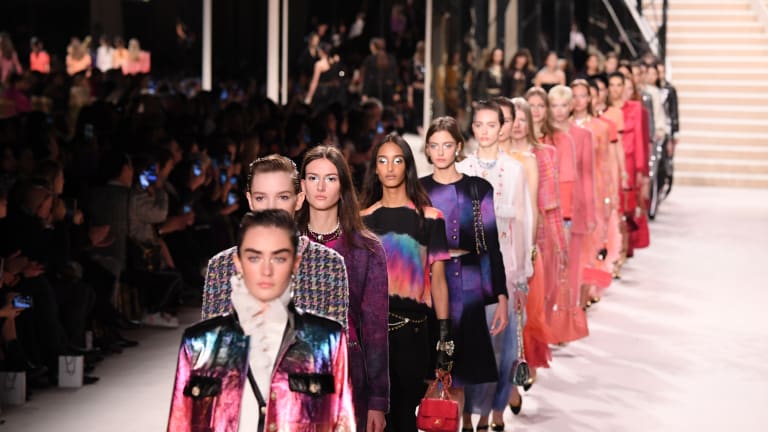 This is the first designed by Virginie Viard, having taken over the house after Lagerfeld's passing in February. The event was originally scheduled for December 5th but was moved up a day because of a national strike on Thursday. Chanel returned to the Grand Palais, its favorite venue in its home base.
Posted by FASHIONmode News at 7:37 PM