The Fashion Awards 2018 Nominees Are In

The nominees for the Fashion Awards 2018 in partnership with Swarovski have been revealed ahead of the December 10 ceremony at London’s Royal Albert Hall. "Each and every one of them is being recognised for their creative excellence and innovation," BFC chair, Stephanie Phair, told press at the briefing. Among the household names on the list, a handful of editors' favourites have received their first nominations. Marine Serre, Richard Quinn and Sofia Prantera for Aries have all been recognised, while newcomer Adut Akech joins previous nominees Adwoa Aboah, Bella Hadid, Kaia Gerber and Winnie Harlow in the much-lauded Model of the Year category. 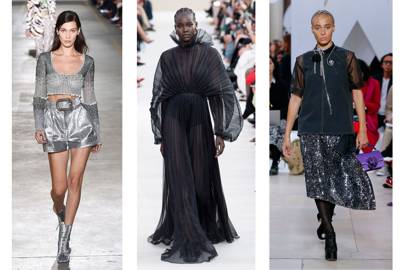 "Representing fashion’s most inspiring emerging and established talents, this list is the perfect showcase for the energy and diversity of the industry today," Nadja Swarovski, member of the Swarovski executive board, added of the list. "We are excited to unveil the winners at the awards show in London in December, which will raise truly vital funds for the BFC’s initiatives.”

Brand of the Year

British Designer of the Year Menswear

British Designer of the Year Womenswear

Posted by FASHIONmode News at 10:55 AM