Creative directors and supermodels may be more au fait with Paris’s rue Saint-Honoré than Doha’s luxury Al Waab Street district, but that may be soon to change. Today, via Vogue, it is announced that Valentino’s Pierpaolo Piccioli, Balmain’s Olivier Rousteing and Natalia Vodianova have been confirmed as judges for the Fashion Trust Arabia (FTA) Prize – so too are designers Haider Ackermann and Zuhair Murad, MatchesFashion.com co-founder Ruth Chapman, and Vogue Italia’s deputy editor-in-chief Sara Sozzani Maino.

Aside from the illustrious judging panel, the FTA Prize has the royal seal of approval, operating under the patronage of honorary chair HRH Sheikha Moza bint Nasser and co-chair HE Sheikha Al- Mayassa bint Hamad Al-Thani. According to the FTA’s second co-chair and founder, British Vogue contributing editor Tania Fares, the prize is set to become the Middle East equivalent of the CFDA Fashion Fund in the USA, or the BFC Fashion Trust (Fares also established the latter) in the UK. The non-profit organisation is formed of a collective of fashion-industry individuals and personalities who, through funding and mentorship, want to help raise the standards of emerging design talent in the Middle East and North Africa (MENA) region.

So what drove the big names on the judging panel to get involved? While Ackermann, who spent part of his childhood in Algeria, and the Lebanese Murad have a personal connection to the Middle East, it was the opportunity of nurturing young designers that held universal appeal from the outset. “I’ve seen the impact that a smart and well-funded fashion fund can have on both local and global fashion,” says Rousteing, talking exclusively to Vogue. “To build a strong and competitive fashion scene, it’s key to have the necessary framework, help and funding to inspire, support and guide new talents.” The FTA prize – which includes funding and support from Matchesfashion.com – means that MENA talents will be able to access the kinds of opportunities enjoyed by designers based in or closer to the “big four” fashion capitals of New York, London, Milan and Paris. “Talent is conceptual, but it needs to be shared in order to grow and develop,” says Piccioli. “This project offers me the opportunity to help them express their artistic value. I am sure I will learn a lot from them, too.” 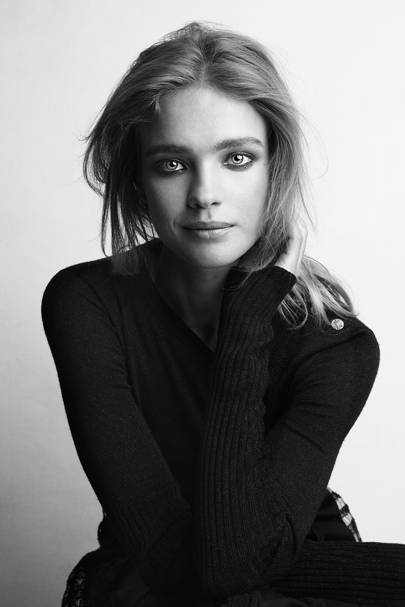 Following the FTA’s launch in September, applications are open until January 2019 to all MENA-based womenswear and accessory designers who have been in business for at least two years. In March, winners from four categories – eveningwear, ready-to-wear, accessories and jewellery – will receive the funding they require (an amount that they will specify themselves) to take their business to the next level, while their winning designs will be have the chance to be showcased by Matchesfashion.com.

“It’s been challenging to find new talent in the Arab market because, like any developing market, the designs tend to be region-specific,” says Chapman. “Increasingly, the customer is looking for a product with global appeal, and that’s what can make a difference to a young designer’s business. It’s getting a global customer mindset.” As much as the FTA is about education in creating that global appeal, it’s also about bringing these new designers to the international stage. Fares, who is Lebanese with Jordanian heritage, is well versed on up-and-coming designers from the region she spends so much time in – yet when she consulted established British and American fashion journalists, she discovered a real awareness gap that needed to be fixed.

Murad confirms this: “These young talents are taking regional and traditional trends, and along with their own expertise and savoir faire, are modernising them into completely new and redefined concepts of their own,” he says, citing the $260 billion “modest” fashion industry as an example of the Arab world’s faithfulness to its “traditions and roots”. With that vast figure expected to increase by 50 per cent by 2020, the FTA could play a pivotal role in growing not just the market, but the variety and creativity behind it too.