Missoni made industry headlines in June after the family-owned brand sold a minority stake to a government-backed private equity fund. Three months on and the first sign of change after the deal has emerged. Margherita Maccapani Missoni has been appointed creative director of the M Missoni brand, effective immediately. The company brought the younger diffusion line back in-house in April, after its licensing agreement with the Valentino Fashion Group had expired.

In her new role, Margherita will be tasked with repositioning and expanding the 1998-founded brand, with spring/summer 2020 slated to be her first collection. After leaving the family business, she launched her own independent children’s line in 2015, which has since closed, and worked on a handful of collaborations with the likes of Yoox, Away and Pottery Barn Kids. Of her move back into the Missoni fold, she said: “Being identified as the person who can lead the future course of the new M Missoni fills me with pride. It’s exciting to have the opportunity to set new paradigms and forge new directions for this brand, all whilst using the Missoni aesthetic which lives within me.” 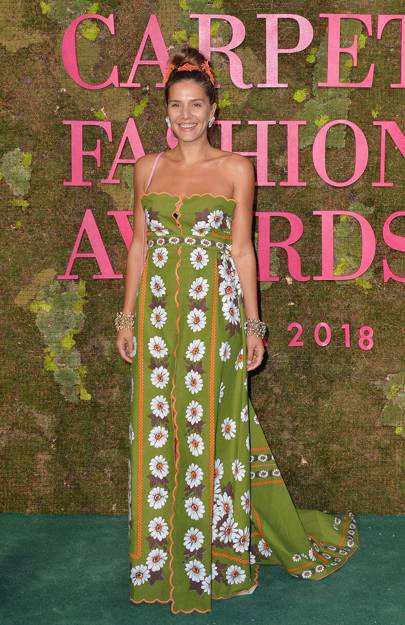 Angela Missoni, Margherita’s mother who acts as president and creative director of the Missoni Group, praised the “considerable skills” her daughter had learnt during her time away from the company. “I am confident that Margherita's talents will make M Missoni a relevant brand for the years to come," she commented.

With over 700 points of sale in 60 countries worldwide, Margherita has her work cut out with M Missoni. And indeed, Michele Norsa, vice president of the Missoni Group and industrial partner of FSI, which acquired the aforementioned 41.2 per cent stake in Missoni for 70 million euros, said that “significant growth both at retail and online” was a major priority for the new creative director. Margherita’s bi-annual collections, which will not be presented via a fashion show format, and flash capsules will roll out across new M Missoni stores and M Missoni corners within the parent brand's flagships.

As is the case with fellow brands who have sold stakes in their companies to ensure financial security and longevity, such as the recent Versace merger with Michael Kors, accessories will also become a fundamental output of M Missoni. Norsa told WWD that, during a time when many companies are homing in on one core brand, the distinct personality of these dynamically-priced products could help bolster the visibility of the Missoni Group in its entirety.

Posted by FASHIONmode News at 5:12 PM