Nightlife is central to Hedi Slimane's aesthetic vision. Throughout his career, he's created clothing for the after-dark set, from the slim rocker suits at Dior Homme to the minidresses and Le Smokings at Saint Laurent. At Celine, Slimane is likely to continue this party-going, soigné proposition. The invite for his first Celine show, which will be held at Paris's Place Vauban, is a bound book featuring photographs of 10 iconic Parisian haunts: Balajo, Bus Palladium, Chez Castel, Chez Jeannette, Chez Moune, Folies Pigalle, La Cigale, La Java, Le Rouge, and Pile ou Fac. 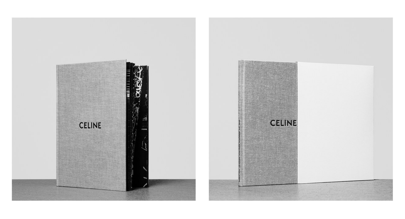 The black-and-white photos are taken by Slimane himself, showing off the decay and glamour of the clubs. They're not so unlike Slimane's photos from his 50th birthday party this summer, celebrated with friends at Paris's Le Palace, a club Slimane was a regular at starting in his teens. Between art history classes at Ecole du Louvre, Slimane would slip into Le Palace or Les Bains Douches, establishing his desire to work in fashion.

Should you be lucky enough to snag an invite to Slimane's debut — don't overlook the book. Not only is it beautifully made, but similar photo books he made at Saint Laurent are now reselling in the £3,000 range.