Browns Is Moving To LA In Collaboration With Fred Segal

Browns, one of London’s favourite boutiques and arguably one of the nicest designer retailers on the planet, is setting up camp on US soil. Its first international bricks-and-mortar venture is in partnership with Fred Segal, the experiential retailer, which has been making waves in Los Angeles since 1961. It was its pioneering approach to showcasing fresh talent within innovative shopping spaces that made it a natural partner for Farfetch-owned Browns.

Indeed, the semi-permanent store within Fred Segal’s Sunset Boulevard residence, which opened its doors in 2017, has been in Browns’ expansion plan for some time. After the launch of Browns East – the company’s first augmented retail concept and the debut incarnation of Browns Nomad, the retailer's response to the pop-up shop model – the move overseas became logistically feasible.

“The synergy between what Fred Segal is doing both locally and globally aligned with the concept, and we couldn’t think of a better partner for Nomad 2.0,” Browns CEO Holli Rogers told Vogue. “Both brands have flown the flag for a wave of talent who now lead the fashion pack. And, respectively, we have been part of the fabric of our cities for so long.” 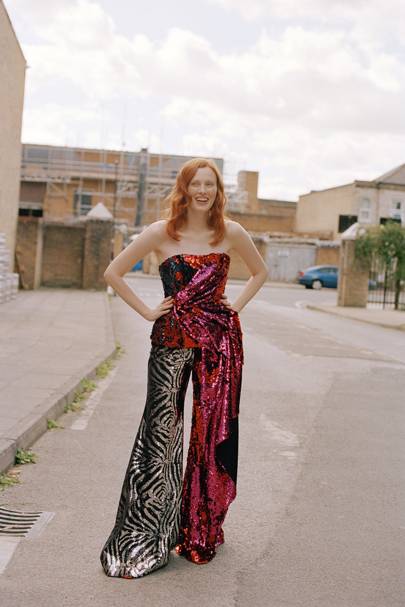 Rogers went on to praise LA’s status as an important player that has quietly aligned itself with the major fashion capitals. “The creative culture there has exploded into an intensely dynamic hub of art, fashion and design resonating with that of London. As a business we feel that LA’s laid-back approach to luxury is very much aligned with our own ethos.” Indeed, LA's scene is influencing Browns’ customers too. “We’ve received some incredible feedback from friends and clients who’ve relocated to LA over the past year, saying that Browns edit differs from anything else in the local market. With this amount of positive feedback we couldn’t think of a better place to bring Browns to.”

Browns Nomad 2.0 will be housed in Fred Segal’s revolving pop-up area, with temporary fixtures and furniture constructed from recycled materials; rails fashioned from heavy-duty trolleys; and industrial shelving installed to showcase the gender-fluid ready-to-wear, footwear and bags. Among the 60 brands that "Fred Segal Loves Browns" will launch with on September 4 are exclusive capsules from Conner Ives, Ambush, Edward Crutchley, Martine Rose, Molly Goddard and Wales Bonner.

Will the Nomad retail concept continue the adventure onwards after California? “The beauty is that it’s a roaming shop, and part of the mystery is that you never know where or when it will appear next!” Rogers teases. Browns Loves Fred Segal will be open for eight weeks from September 4 on the corner of Sunset Boulevard and La Cienega in the heart of West Hollywood.

Posted by FASHIONmode News at 4:02 PM