For the 17th iteration of the annual spectacular, which honours the craftsmanship of its artisan collaborators, the house will return to New York. Though few details have been confirmed, apart from The Metropolitan Museum of Art location, the occasion will mark the third time Chanel has shown in Manhattan. Lagerfeld presented his 2005 Métiers d’Art collection at the brand’s 57th Street boutique, and Chanel’s Resort 2007 cruise show in Grand Central Terminal. 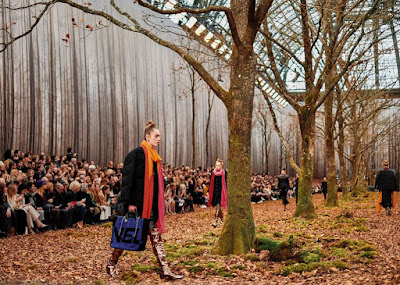 The moving tribute to the illustrious workshops that supply Chanel with everything from fine embroidery to lace and buttons is part of its charm and luxury status in the fashion world. Before last year’s Hamburg show in the Elbphilharmonie opera house, there was Paris, Saltzburg, Dallas, Edinburgh and Mumbai – each as elaborate as the last.


It is not the first time Chanel has showcased the small specialist ateliers, whose traditions it preserves, in the Met, either. The brand was the subject of a major exhibition in 2005, which homed in on the early designs of the brand's founder, Coco Chanel. New York held a place in the designer’s heart as US department stores were among her first supporters, and the sentiment has been passed down to her successor. “Karl Lagerfeld is also very attached to the American mega-city whose energy and light he has always loved to capture,” the brand told WWD. Expect nothing short of a blockbuster return come December.

Posted by FASHIONmode News at 3:23 PM