Joseph has finally announced Louise Trotter’s successor as creative director: Susana Clayton. The designer will take up her role as the lead of womenswear and menswear on October 1 from the Paris-based studio. Her first collection presented to press and buyers will be autumn/winter 2019.

So, who is Clayton? Most recently, she served as head designer and then design director of womenswear at Givenchy. Before that, she held the position of senior designer at Chloé, and also has design director roles at Gap and Rag & Bone on her CV from a period living in New York.

"I feel excited and honoured to join Joseph as creative director,” Clayton commented of her new position in the contemporary luxury market. “I look forward to embracing the brand's origins and to realign it with [brand founder] Joseph Ettedgui's vision, creating a balance between fashion and a timeless wardrobe of luxury essentials." 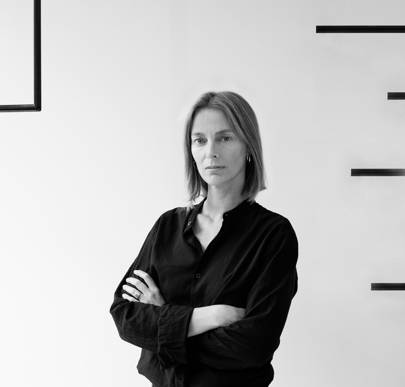 The appointment coincides with the announcement of a new CEO. Barbara Campos will join Joseph on November 5 from Marni, where she was global wholesale director. She will replace Hirosuke Takagi, who will move into the position of chairman.

During Trotter's nine years at the British house, she was credited with expanding the blueprint of Ettedgui, who created a streamlined uniform of elevated basics for successful women. Clayton’s comment about "realigning" the brand, however, is bolstered by Campos’s note that the new head of design has “a clear vision" for the revamp. Will Joseph remain on the London Fashion Week schedule? Will the recent addition of sunglasses to the burgeoning accessories offering be nixed?

“Clayton has an impressive background in luxury fashion teamed with an excellent commercial understanding of the business,” Campos continued of her new colleague. Takagi also praised the joint wealth of experience that the duo would bring to Joseph’s new chapter.

Posted by FASHIONmode News at 5:06 PM