Hedi Slimane has revealed the location of his debut show for Celineon September 28th, the Hôtel des Invalides in Paris.

As per the previous teasers of what to expect from Slimane’s overhaul of the house, the designer took to Instagram to share the news. He captioned an image of the venue with the simple message: Show location Paris.

The industry was quick to recognise that the 7th arrondissement site, which houses monuments relating to the military history of France including Napoleon’s tomb, is one that Slimane shares his own history with. The Hôtel was the setting for his autumn/winter 2014 menswear show for Saint Laurent. 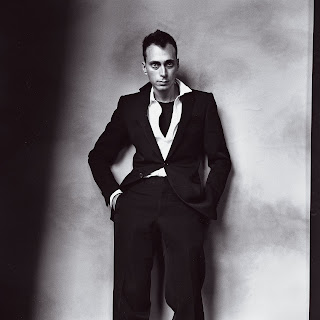 The venue choice is in keeping with Slimane’s recent behaviour as a Los Angeles-resident-turned-Francophile, who has been exalting the brand's heritage since his relocation to Paris. His first handbag for the house, the 16, which has so far featured on the arms of Lady Gaga and Angelina Jolie, was named after the brand’s headquarters on 16 Rue Vivienne.

With eight days to go, and the promise of two new bag styles to follow the 16, as well as the launch of an international online-shopping platform, can Slimane give anything else away? Stay tuned, we're on tenterhooks waiting.

Posted by FASHIONmode News at 4:16 PM