The jewellery Miranda Kerr received from former partner Jho Low was bought with stolen money from a Malaysian development fund, according to reports emerging from the US.

Kerr dated the Malaysian financier after separating from ex-husbandOrlando Bloom in 2013, and prior to meeting her husband, Snapchat founder Evan Spiegel, in 2016. From Valentine’s Day 2014, Low is said to have started gifting the model jewellery with million-pound price tags.

For his first gift to Kerr, Low looked to Lorraine Schwartz. He told the American jeweller, who supplied Kanye West with the 15 carat engagement ring he gave to Kim Kardashian in 2013, that he had $1 million to $2 million to spend, and that size mattered. Low settled on a $1.29 million, 11.72 carat heart-shaped diamond engraved with Kerr’s initials, Teen Voguereports. 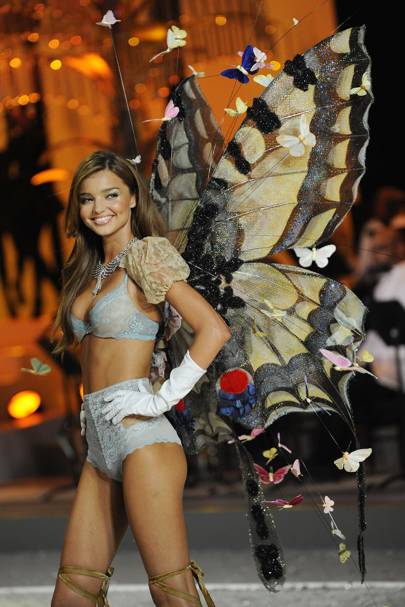 In November 2014, Low spent $3.8 million on an 8.88 carat diamond pendant for his then-girlfriend. A $1.98 million pair of 11 carat diamond earrings with a matching necklace, ring and bracelet quickly followed. All of these gifts are said to have been bought with some of the $4.5 billion Low stole from a Malaysian development fund.

The US Justice Department is attempting to seize back assets, including property, art, a yacht and a jet, that are alleged to have been bought with the money. Kerr is said to currently still be in possession of her gifts, but is cooperating with the investigation.

Leonardo DiCaprio is also said to be embroiled in the incident, and is returning the $13 million art that was given to him by a Hollywood production company, Red Granite, which is connected to Low.

Posted by FASHIONmode News at 5:13 PM