How Couture Fashion Week Is Changing

Ahead of the Paris shows, we look at how the haute couture season is shifting and what a ready-to-wear invasion would mean to the most selective event in the fashion calendar.

This coming Sunday, 550 journalists from 25 countries will gather in Paris alongside some of the world’s most devoted – and wealthiest – high-fashion consumers for the unveiling of the Fall-Winter 2017-2018 Haute Couture collections. As a stand-alone event, set in the heart of the European summer, this week is something of a respite for us in the fashion media: just three days, as opposed to the eight-day ready-to-wear marathon, and only six to seven shows per day. It’s a nice leisurely pace at which to marvel at the work of the world's greatest couturiers and their teams of skilled artisans.

Sustained by a few thousand global elite, unfazed by the £250,000 price tag of a bespoke, hand-embroidered dress, the couture collections have long existed outside of the pace and pressure of the commercial sales cycle. It is the genesis of fashion before it became muddied by sell-through reports and a spin-cycle of trends. This season, however, marks a shift. A whole line-up of established ready-to-wear names have appeared on the schedule - A.F. Vandevorst, Dutch designer Ronald van der Kemp, and US wunderkinds Proenza Schouler and Rodarte among them - elected by the Fédération de la Haute Couture et de la Mode as “guest members” for the week.

Haute Couture Fashion Week was once a sacred institution reserved for createurs awarded the fiercely protected haute couture label by the Chambre Syndicale de la Haute Couture. Following strict guidelines, first outlined in 1945 (when more than 100 houses bore the label), each accredited maison is required to have an in-house atelier in which garments are custom-fitted to clients and then realised by a team of 20 or more who use recognised savoir-faire techniques. Today there remain just 15 brands with this distinction — historic maisons like Chanel and Christian Dior, as well as contemporary couturiers like Giambattista Valli and Russian designer Ulyana Sergeenko — and of the 36 names on next week's schedule, only 13 accredited houses appear. (Givenchy and Yiqing Yin are sitting this round out.) 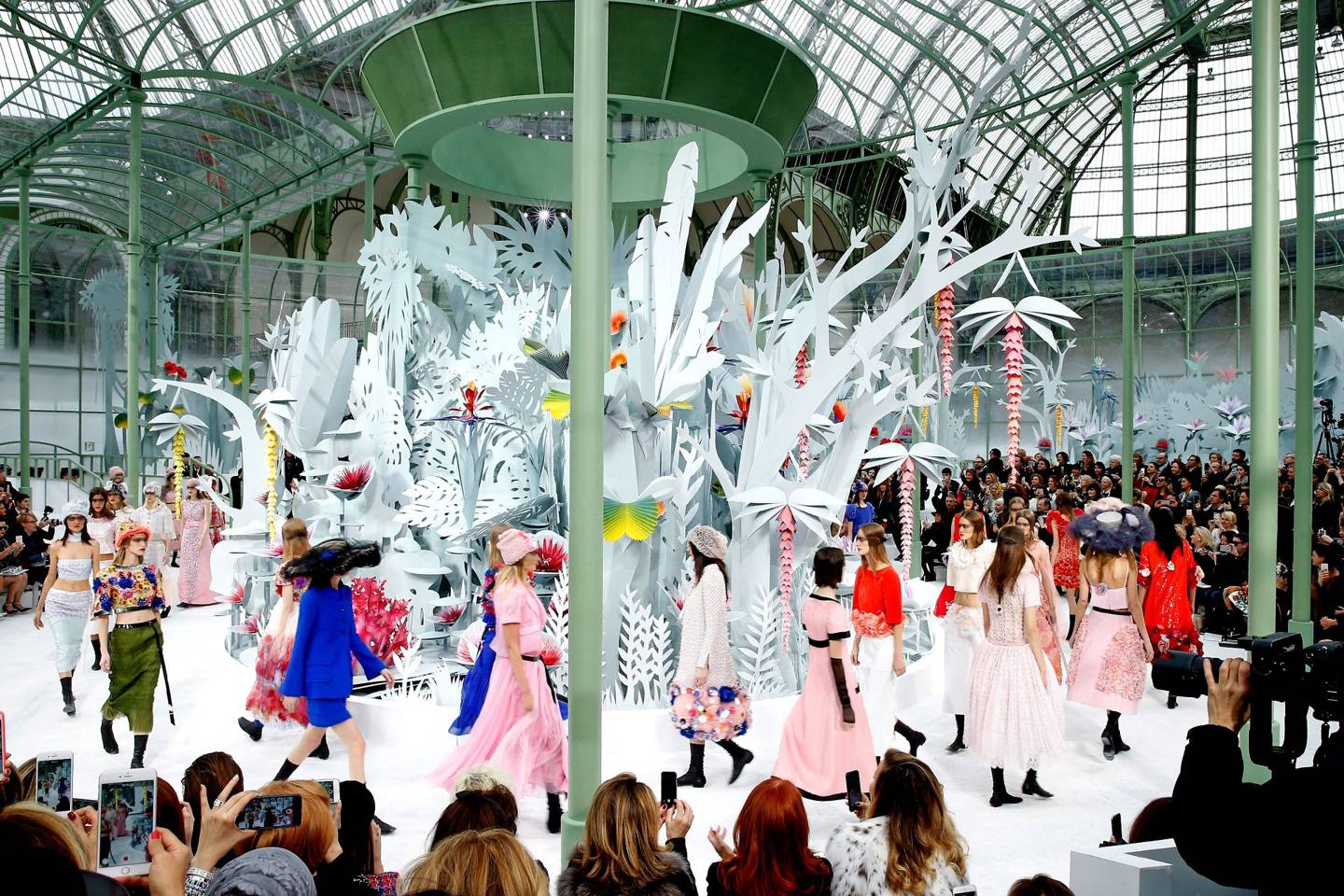 To keep pace with the industry’s shift to ready-to-wear, the guardians of high fashion are opening their arms to a growing number of designers outside the strict confines of haute couture. "We are in a time when it could be possible for haute couture to be considered passé, but today people are looking for individualism and uniqueness, mixed with a strong aesthetic dimension. This means that there are different ways to approach this notion of couture," Pascal Morand, executive president of the Fédération Française de la Couture, tells Vogue of next week’s additions.

It’s not just the couture calendar that stands to benefit. An invitation to show at couture immediately elevates a ready-to-wear designer’s standing. Plus, there’s the opportunity to work with the bounty of artisans the city provides. "We wanted to utilise Paris's rich history of couture and are working with many independent ateliers on our collection,” Proenza Schouler’s Jack McCollough and Lazaro Hernandez wrote in an e-mail ahead of their show on Sunday. The duo have long embraced American craft in their designs, as have Rodarte's Kate and Laura Mulleavy, whose magical line was born from a handful of couture-like dresses hand-sewn in their home in Pasadena, California, twelve years ago. "Alex de Betak, our visionary show producer has been encouraging us to come to Paris for a while as he sees the creative possibilities for Rodarte," says Kate Mulleavy of their decision. "Our work is so romantic.”

The magic of couture aside, there’s a real business incentive, too. Haute couture coincides with the Resort sales period. Alongside Pre-Fall, Resort collections are far more profitable for ready-to-wear designers than the spring/summer and autumn/winter collections because they have the longest shelf life. Showing in July gives Rodarte and Proenza Schouler the opportunity to not only show two months ahead of their contemporaries, but to deliver to stores earlier as well.

Vetements tried this model last year to great success and it’s a move that has been welcomed by retailers. "Jack and Laz at Proenza Schouler embracing alternative ideas proves that a shift in traditional market dates and presentations is not only possible, it's do-able," Ken Downing, fashion director and senior fashion director of Neiman Marcus, tells Vogue. "The calendar shift is something we've been trying to do for years, so it's definitely something we are committed to long-term," McCollough and Hernandez wrote. They are planning to show again at the next couture week in January.

Still, the absence of both Proenza and Rodarte will be keenly felt in September at New York Fashion Week. Plus, a ready-to-wear invasion during couture week does pose a bigger problem for the industry: What if a flood of designers follow suit? And, if they do, how will the industry support such a monumental shift? "The couture calendar will remain selective," Morand says firmly. "If it went too far, it could move the gravity centre of the week, and that would never happen."

Posted by FASHIONmode News at 2:39 PM