Instagram has announced the launch of “sensitivity screens”, in a bid to reduce the exposure of harmful images to young people by blurring out any images related to self-harm or suicide-related content. The new addition to the social-media platform comes after British teenager Molly Russell took her own life earlier this month, which her parents believe happened due to her exposure to images of self-harm and suicide on social media platforms such as Instagram and Pinterest.

Adam Mosseri, who took over Instagram in 2018, has committed to a series of further changes in a bid to help protect people’s mental health. The app currently bans the promotion of any images related to self-harm or suicide but struggles to properly control it. As well as blurring out images, the company will block images of cutting showing up in search, account recommendations or hashtags. The company believes such changes will make it hard for people to view the images. 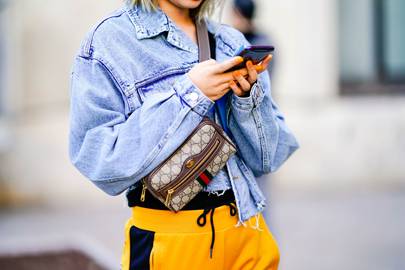 Additionally, the company is also instating “engineers and trained content reviewers”, to “make it harder for people to find self-harm images”, Mosseri told The Telegraph. “We already offer resources to people who search for hashtags, but we are working on more ways to help, such as connecting them with organisations we work with like Papyrus and Samaritans.” The announcement comes after Facebook – which owns Instagram – was issued a warning by health secretary Matt Hancock to improve protecting young people on its social media platforms or face legal enforcements.

“Suicide is now the leading cause of death for young people under 20. Levels of self-harm are rising among teenage girls in particular,” Hancock said in January. “Like any parent, I was horrified this week to learn of 14-year-old Molly Russell, who tragically took her own life. Molly was just two years older than my own daughter is now, and I feel desperately concerned to ensure young people are protected.”

In recent days, a report compiled by the Office for National Statistics found that the suicide rate among British teenagers has almost doubled in the last eight years, with social media being linked to the increase.
Posted by FASHIONmode News at 8:55 AM