Between fan favourites like Balenciaga, Saint Laurent and Maison Margiela, it’s not as if Paris Fashion Week is ever short on anticipation. As last season’s string of creative director debutantes settle in for their second ready-to-wear collections, the French fashion capital is relying on those trusty hype-makers while it braces itself to see what the future looks like for houses such as Givenchy, Chloé and Lanvin.

Last year’s winner of the LVMH Prize, Marine Serre opens the ball with a standalone show on Tuesday morning, bringing some emerging designer energy to Paris Fashion Week. When Anthony Vaccarello took over Saint Laurent, he moved his show to Tuesday evening to bring in foreign press for the young designers, who traditionally show that day. With Dior occupying a Tuesday slot as of last season, designers like Serre and Koché are sure to get a prominent turnout. 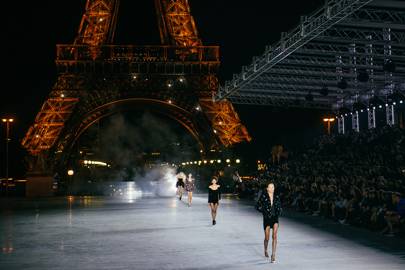 This Paris Fashion Week is a season of sophomore shows: following her critically acclaimed haute couture collection, all eyes are on Clare Waight Keller’s second ready-to-wear outing for Givenchy. Natacha Ramsay-Levi’s challenge is to repeat the runaway hit that was her first collection for Chloé in September. And will Alber Elbaz’s successor at Lanvin, Olivier Lapidus, win over his predecessor’s clientele? Finally, Serge Ruffieux is set to roll out his follow-up proposal at Carven.

While we wait for Hedi Slimane’s first collection for Céline in September, the house sits out the autumn/winter 2018 shows but will present a collection to buyers designed by the team put in place by former designer Phoebe Philo.