Vestiaire Collective has teamed up with Selfridges for its first permanent store space. The mutually beneficial partnership will boost the resale platform’s brand as the consignment space becomes increasingly populated, while Selfridges has its sights set on tapping into this lucrative, growing market. The retail meets resale collaboration also marks a shared mission to make circular fashion an industry standard, and aims to drive positive long-lasting change in how the lifespan of a garment is viewed.

“The move away from traditional ideas of ownership and the rise of social media are driving a shift in the way consumers think about fashion and sustainability,” Vestiaire Collective co-founders Fanny Moizant and Sophie Hersan tell Vogue. Extending the life of clothing by an extra nine months would reduce carbon, waste and water footprints by around 20-30 per cent, according to the pre-owned platform’s research.

The boutique opening, which coincides with Vestiaire Collective’s 10th anniversary, is the culmination of a successful two-week trial residency in Selfridges last year. The modular 40 sq metre shop space – which is designed to be a literal translation of the website with an accessories wall mirroring the ever-changing homepage – includes a drop-off service, where customers can deposit items while consulting Vestiaire Collective’s in-house curators and authentication team members. 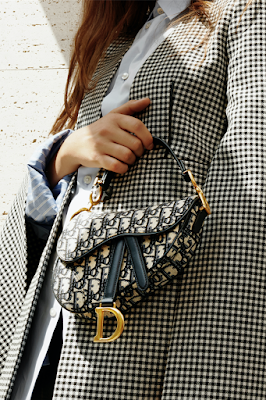 “Selfridges has always been an innovator and a disrupter of traditional retail models,” Moizant and Hersan continue. Similarly, Selfridges was drawn to Vestiaire Collective’s ability to “make closing the loop of a circular fashion economy super engaging and community-driven,” explains Sebastian Manes, Selfridges executive buying director.

The first edit of 200 pieces, which will be labelled as “pre-loved” to differentiate from Selfridges’ buy, will include 10 rare treasures that have shaped fashion over the past five decades, from a red velvet Tom Ford for Gucci suit from the 1990s, to a Paco Rabanne silver metallic rhodoid disc dress from the 1960s. Philophiles will also delight in the Old Celine in the weekly rotating displays, and there will be a haul of vintage Versace and Maison Margiela, too.

The trend for resale sites branching into physical retail has come from the US, where The RealReal has opened three retail locations across New York and Los Angeles, and American Rebag boasts seven stores. As the consignment market is projected to reach $36 billion (£28 million) in 2021, according to BCG stats published by Business of Fashion, it is only a matter of time before more UK players in the luxury goods market take their piece of the pie. As Moizant and Hersan reiterate, “Collaboration between resale platforms and brands can be really powerful.”