Chanel has bought minority stakes in two Italian leather goods makers and a French clothing manufacturer in a bid to bolster the speciality ateliers that make up its supply chain. Building out its network of artisans cost the business $169 million (£138 million) when the deal was made in January.

The new acquisitions consist of Renato Corti, one of Italy’s largest leather manufacturers based in Florence and Milan, and Mabi, which produces luxury handbags in factories in Florence and San Daniele. Chanel now holds a 40 per cent stake in both. The French company Grandis, which the house bought a 34 per cent stake in, is comprised of 12 workshops creating tailoring, flou, lingerie, swimwear and leather.

“If we want to remain the leader in luxury over the next 20 years, we have to make investments and take risks in areas we consider key for the future,” Bruno Pavlovsky, Chanel’s president of fashion, told WWD. “We are not necessarily looking to buy more companies, but rather to ensure these suppliers remain important contributors to the development of our products.”

Chanel is doubling down on skilled leather manufacturers and tanneries after it halted the use of exotic skins in December 2018. “There’s a lot we can do with leather right now,” Pavlovsky continued. “I think the secret in the future will be a mix of approaches blending traditional leather, as we know it today, with new materials and finishes.” The house has invested in research around alternatives to skins, but predicts the resulting leather substitutes will not be ready to share for at least a decade. 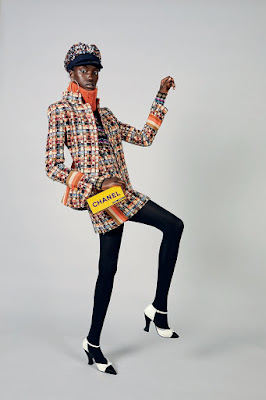 Pavlovsky also added that the house will do whatever it takes to safeguard the yarn suppliers of its signature tweeds, whether that means the company making more acquisitions, or signing purchasing agreements. Upping its investments supports the reiterations of Philippe Blondiaux, Chanel’s global chief financial officer, that “Chanel is not for sale”.

Progress on the structural work around a new craftsmanship headquarters in Aubervilliers, France, is also being made. Slated to open in the third quarter of 2020, the site has officially been named 19M – after the number of Parisian districts adjoining the sprawling centre, and the French words in the fashion vocabulary beginning with M, such as “mode”, “main” and “métier”. Six hundred employees of the ateliers that Chanel is famed for working with – including embroiderers Lesage and Montex; feather and flower specialist Lemarié; and milliner Maison Michel – will all be housed in the five-floor building with two additional basements.

The investments secure Chanel’s place at the top of the luxury leaderboard, but beyond that the house is striving to preserve the know-how of the unique manufacturers that are central to fashion’s craft. Chanel’s Paraffection subsidiary division – which supplies 35 brands worldwide, including 19 members of the Fédération de la Haute Couture et de la Mode – plans to employ 80 to 100 people across its bases in France, Italy, Spain and Scotland every year. It will also partner with 10 schools to organise training and exchanges. “We have to stimulate interest in these careers,” Pavlovsky continued. [Chanel and its affiliate ateliers have] to be a place where young people want to come.”
Posted by FASHIONmode News at 11:15 AM