Having stood at the helm of his eponymous empire for more than 44 years, Giorgio Armani is nothing short of an industry legend. While he is internationally recognised as the pioneer of the power suit, the Italian designer is also one of fashion's greatest cinephiles, with costume credits on over 200 films. Vogue looks back at his 10 most memorable on-screen wardrobes. 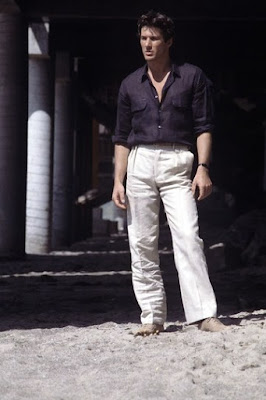 Julian Kaye, the male escort at the centre of Paul Schrader’s 1980 drama, is the Armani man incarnate: louche, sophisticated and always impeccably dressed. The designer was commissioned to create Richard Gere’s wardrobe for the film just five years after having established his label. The film brought Armani international acclaim and revolutionised men’s tailoring, transforming the suit from a boxy workwear staple into something loose, light and decidedly elegant. There were also preppy shirts unbuttoned to the navel, crisp khaki trousers and a belted cashmere trench that combined Italian craftsmanship with all-out Hollywood glamour. 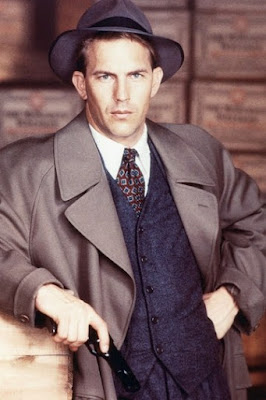 Prohibition-era Chicago makes for a stylish setting in Brian De Palma’s 1987 thriller, which sees Kevin Costner’s idealistic police officer Eliot Ness face off against Robert De Niro’s Al Capone. Armani supplied several three-piece suits for Costner, including the grey ensemble he wears in the final showdown against gunman Frank Nitti on the roof of the city’s courthouse. Costner’s clean lines and subdued colour palettes lift him above the fray and stand in stark contrast to De Niro’s ill-fitting jackets and flamboyant cravats. 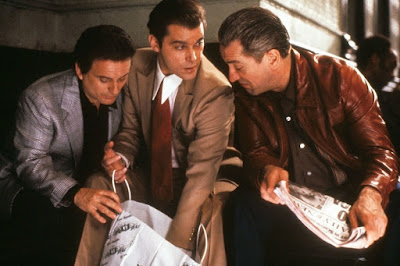 For Martin Scorsese’s 1990 fable about the rise and fall of mob associate Henry Hill, Armani tailored suits that captured the essence of New York’s seedy criminal underbelly. The designer and director have collaborated many times since, and their admiration was clearly mutual from the offset: that same year, Armani was the subject of Scorsese’s documentary short Made in Milan, which examined the designer’s creative processes and paid tribute to his work. 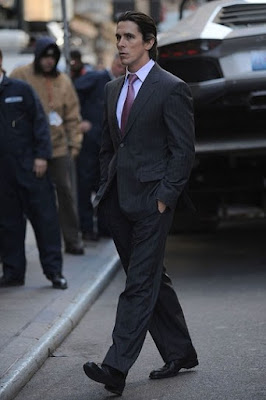 Forget the mask – it was Bruce Wayne’s made-to-measure Armani suits that really caught the eye of the fashion crowd when Christopher Nolan’s superhero blockbuster hit screens in 2008. Christian Bale looks every inch the millionaire mogul in his wardrobe of two-button, notch-collar jackets with wide padded shoulders and delicate silk ties, created in collaboration with costume designer Lindy Hemming. The pair reunited for The Dark Knight Rises, for which the Italian maestro also outfitted co-stars Michael Caine, Gary Oldman and Joseph Gordon-Levitt. 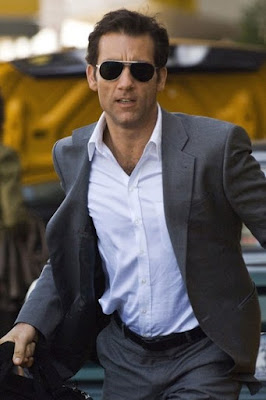 It was Clive Owen, the star of Tony Gilroy’s 2009 romantic caper, who brought his latest project to Armani. The actor introduced his director to the designer at Milan Fashion Week, and the rest was history. Armani consulted with the film’s costumer Albert Wolsky to create every piece of clothing Owen wore on screen. From immaculately constructed suits to sleek trench coats, aviators and Armani Privé watches, every detail harks back to the Golden Age of Hollywood. 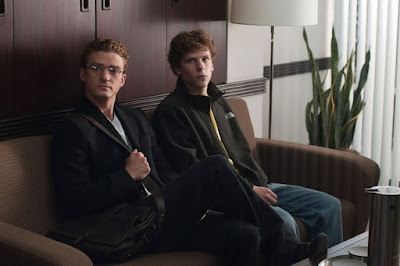 After Justin Timberlake signed on to play Napster founder Sean Parker in David Fincher’s drama about the founding of Facebook, he did everything possible to get into character – including arranging a fitting at the Armani store in Beverly Hills. According to the film’s costume designer Jacqueline West, the real Parker had all his clothing custom-made by the Italian designer and so Timberlake (literally) followed suit. His perfectly tailored jackets, layered over casual T-shirts and jeans, form the crux of his modern tech entrepreneur wardrobe. The finishing touch? Hand-sewn labels on the inside pockets that read: “Giorgio Armani for Sean Parker”.

The Wolf of Wall Street 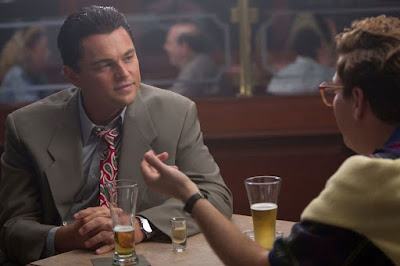 When three-time Oscar-winning costume designer Sandy Powell was asked to source 1990s power suits for Scorsese’s capitalism romp, she made a beeline for the Armani archives. Granted privileged access by the designer himself, Powell took inspiration from his classic double-breasted pinstripe suits. Two of Armani’s creations appear on screen – a sharp suit in pale grey and another in navy, worn with nonchalance by Leonardo DiCaprio’s Jordan Belfort – while others were handcrafted by Powell and legendary New York tailor Leonard Logsdail. 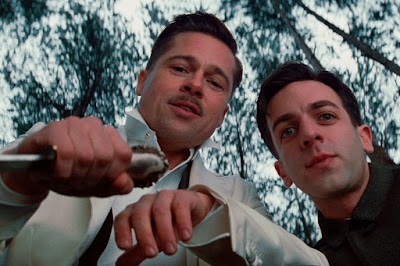 What does First Lieutenant Aldo Raine wear to a premiere where he intends to assassinate Hitler and his henchmen? Custom Armani, of course. For the final set piece in Quentin Tarantino’s black comedy, the designer created an ivory dinner jacket with peak lapels for Brad Pitt. Complete with a red carnation, white pocket square, black bow tie and pearl cufflinks, it’s a suave departure from Raine’s usual weathered uniform and sets the scene for the James Bond-esque bloodbath that follows. 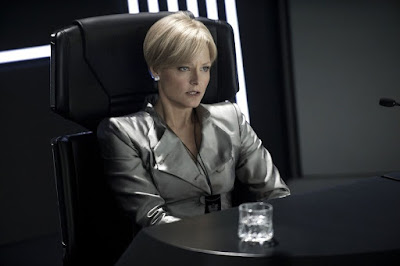 Armani’s futuristic wardrobe for Jodie Foster in Neill Blomkamp’s 2013 sci-fi thriller is a far cry from the many period pieces the designer has worked on. Foster plays Jessica Delacourt, the defence secretary of a space station housing the wealthy citizens of Earth who have fled following the degradation of the planet. Ruthless and ambitious, she cuts an intimidating figure in steely grey jackets, structured shift dresses and pale skirt suits, the circular lines and muted colours of which echo the stark, minimalist interiors of the space station itself.

A Most Violent Year 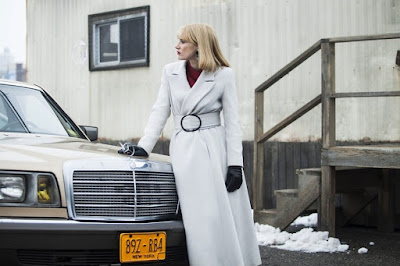 New York in 1981 provides the backdrop for this slick 2014 crime drama starring Jessica Chastain and Oscar Isaac as Anna and Abel Morales, a couple who are fighting to save their heating oil business amid widespread violence and corruption. Armani’s friendship with Chastain, whom he has dressed for the Oscars and Golden Globes, opened the door to a collaboration with costume designer Kasia Walicka-Maimone. He provided much of the actress’s wardrobe for the film, which included sheath dresses in berry tones, silk pussy-bow blouses and retro accessories, as well as a pristine white coat with broad shoulders and a cinched-in waist – a trophy piece that assures you that Anna is always the most powerful woman in the room.

Posted by FASHIONmode News at 10:17 AM