Tod’s Marks The Start Of A New Creative Chapter

There’s a new name rising up the fashion ranks in Italy: Walter Chiapponi. The Milanese designer has been appointed creative director of Tod’s womens- and menswear. His first collections will be for autumn/winter 2021, which will hit stores next autumn.

“Tod’s is a brand that has always represented an excellence in the international panorama of Italian quality and style,” Chiapponi commented. “Being able to contribute to the development of this Italian lifestyle is, for me, a challenge and a reason to be proud.”

Chiapponi joins Tod’s from Bottega Veneta, where he worked under the brand’s former creative director, Tomas Maier. Chiapponi, who studied at the European Institute of Design and cut his teeth at Givenchy, returned to Italy in 2017. Stints at Valentino, Gucci and Miu Miu also populate his CV. 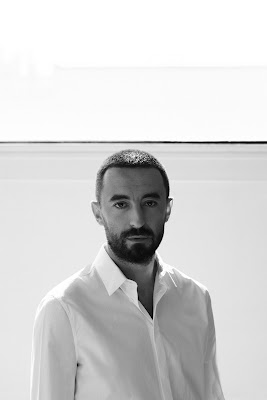 “Walter Chiapponi is a talented Italian creative who knows and is able to combine Tod’s Italian lifestyle with a touch of modernity, without ever losing sight of the high quality and craftsmanship that represents the brand’s DNA,” commented Diego Della Valle, president of Tod’s Group, who has been overseeing the hire since Alessandra Facchinetti, creative director of the women’s collections, exited the house in 2016. Andrea Incontri, who headed up the menswear department, left his role in June.

Despite the absence of a singular creative vision, Tod’s has received critical acclaim and publicity via its Factory project – a series of capsule collections conceived by the industry’s leading creatives, which takes its name from Andy Warhol’s iconic New York studio. Following a debut collaboration with Alessandro Dell’Acqua, Tod’s invited Alber Elbaz into its “creative laboratory” to produce his first major work since his exit from Lanvin in October 2015 – something he has described as his “personal tragedy”. Whereas Dell’Acqua homed in on low-key glamour, Elbaz highlighted that most storied houses are now opening their doors to reinterpretation. What will the next chapter under Chiapponi hold?

Posted by FASHIONmode News at 11:45 AM