Model With Down Syndrome Is An Inspiration To The World

The fashion industry is rapidly changing and how this change can be seen not only in dresses but also in models. Earlier, the grounded idea was that only tall, slim and fair people can be models. But now this idea has constantly been challenged. If anyone said disabled people can be models a few decades ago, the idea would be laughed at. Yet, now there is much news about models with Down syndrome taking the lead in the fashion industry and this seem a healthy feature that shows the positive development of people’s thoughts. Madeline Stuart is an Australian model with Down syndrome who has now become a sensation in the fashion industry. She is perfect in the catwalk and her four-year modeling career, she has won the love and attention of many people around the world.

Sara Ziff, the founder of the Model Alliance, a New-York-based policy and advocacy organization for workers in the fashion industry says that “historically, the modeling industry has upheld a rigid set of ideas in beauty: thin, white, able-bodied and tall. Madeline’s imagery is a form of activism, and that, in and of itself, is attractive.” Even though Stuart is being constantly invited to attend many fashions shows, her health does not permit her to participate in all of them. In December, she had open-heart surgery to repair a leaky mitral valve. Her mom, Madeline said that,

“She had heart surgery for the first time when she was eight weeks old for a very large hole in her heart. I remember back to Madeline’s first operation and how scared I felt,” she adds. “There is nothing that can compare to the terror of your child enduring such pain and hardship. It’s wonderful now to see her love of life and her outgoing personality.” When Madeline was first informed of her daughter’s condition, she was all shocked. “I was in shock and very sad for the first few days, but then I decided that everything was going to be OK,” she says.

She decided she would give her daughter every opportunity she could. As a result, by 17 Stuart got the chance to rise as a model. While attending a fashion show with her mother, the teen turned to her mother and indicated that she wanted to be up on the stage instead of sitting in the audience. “Mum, me model,” her mother recalled her saying. “I didn’t blink an eye – Madeline was always one to be in the limelight. She was never scared of a crowd. I’d dabbled in modeling when I was 18 and hated it, so part of me thought she would lose interest very quickly.” 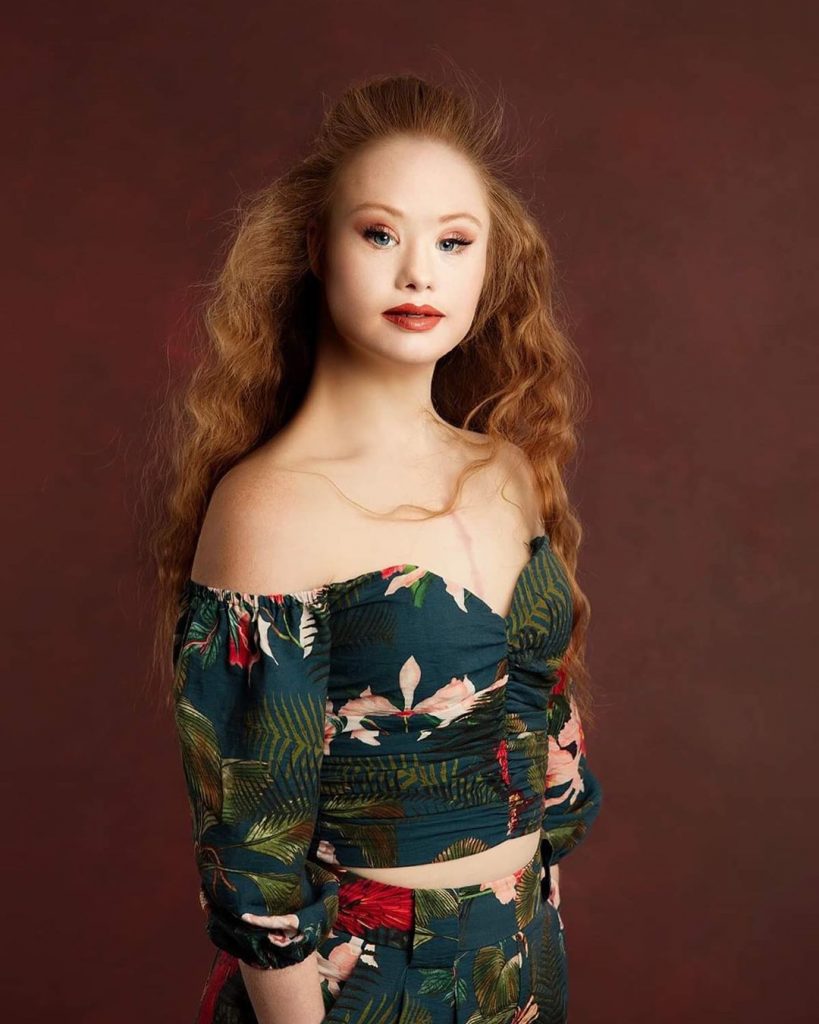 But that didn’t happen. Her daughter launched a routine to get fitter and healthier and gradually dropped 18kg (40 pounds) of her 170cm (5ft 7in) frame. In 2015, after her mother arranged a professional photo shoot for her daughter, she put some of the pictures on Facebook. They went viral overnight and quickly racked up more than seven million views. Several people invited her for shows and her modeling career could not be stopped.

For her first show, Stuart walked at New York Fashion Week for South African designer Hendrik Vermeulen after rehearsing with a runway coach brought in from the Juilliard School of Dance. “It was amazing, I will never forget it,” she says. “People treated me with love and support.” Since then, she has walked more than 100 high-fashion catwalks for designers including Colleen Morris, Nonie, Lulu et Gigi, and Zula Designs and She has also walked in the New York Fashion Week, Paris fashion week, London fashion week, Russian fashion week, Runway Dubai, Mercedes Benz fashion week China and many more. And she has more than one million followers on social media.

For the most part, Stuart is treated warmly and with respect by designers and other models, who hug her warmly after each show, says her mother. But there are occasions, her mother admits when her daughter is not taken seriously by designers who have difficulty seeing her as a professional model and want her to appear in their shows for free. “That is disheartening – Madeline has become a true professional,” she says. “Sometimes people think that she can’t understand them because she has limited speech. But she does understand. I go with her simply to make sure that she has representation and that nobody tries to take advantage.”

Rosanne now reminds herself that everyone is treated unfairly at times, and she tries not to take it personally. “Through exposure and people supporting us, things will slowly keep changing,” she says. “People are realizing this is not a gimmick. I work as hard as any model,” Stuart says. “My mum has been my best friend and biggest supporter, and I won’t give up on my dream.”

Posted by FASHIONmode News at 9:07 AM