Misha Nonoo Reveals The Wedding Dress She Designed For Herself

Just last month, Misha Nonoo, fashion designer and long-standing friend of the Duchess of Sussex, wed Michael Hess in a beautiful Roman ceremony in the Italian capital. It was a private ceremony held in the Villa Aurelia, a 17th-century property on the grounds of the American Academy, meaning details of the day – and the dress – were kept under wraps. Now, over a week later, the designer has shared a picture of her chosen gown on social media.

“Last weekend I married the love of my life in a dress I designed especially for the occasion,” Nonoo wrote on Instagram alongside photos of the white gown she created. “It was such a special process to make this one-of-a-kind piece, particularly when I usually design with every woman in mind, the options felt endless.” 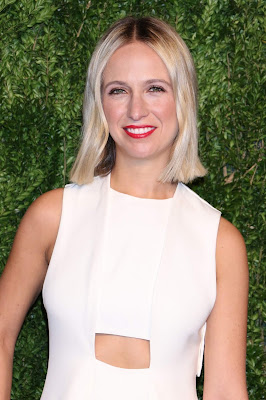 The designer went on to explain that she opted for “a hand embroidered guipure lace on laser-cut silk organza embroidered by a Swiss family-run mill established in 1904. We finished the piece with a 10-metre long silk tulle veil.”

Earlier this month, the Duchess – who was a guest at Nonoo's wedding along with her husband, Prince Harry – unveiled her capsule collection, titled The Smart Set, with the charity Smart Works. Nonoo was involved in the collaboration. Comprising a Jigsaw suit, a John Lewis & Partners bag, a Marks & Spencer dress and a Misha Nonoo white shirt, the collection caters to working women, and is designed to foster a sense of community.

Posted by FASHIONmode News at 5:48 PM