There is a glazed ceramic figurine of an ancient Minoan snake goddess in the Heraklion Archaeological Museum on Crete. Two arms outstretched clasping serpents, exposed breasts circled by a tight bodice and wearing a multi-tiered chiton, the statue dates back to 1650-1550 B.C.

“The snake goddess is a favourite. I must have first laid eyes on her age six or seven. She has exposed breasts, a tiny waist and represents power, beauty and also an element of darkness that framed my aesthetic early on,” Sophia Kokosalaki once told me.

The Greek designer, who has died aged 47, was awarded an Honorary Distinction by the region of Crete in 2018. “Crete is a culture that just keeps on giving. Every time I approach by boat or plane, I feel emotional,” said Kokosalaki, who had family roots on the island and spent many holidays there adventuring to archaeological sites, relishing the sea and the wild nature with her partner, daughter, and friends.

Kokosalaki’s guiding motto was: “Why not? We will do this.” She often made the impossible, possible. With her rare creative talent, honed under the late Louise Wilson while studying for an MA at Central Saint Martins, as well as her innate vision and courage, Kokosalaki scaled challenges professionally, personally and embraced life in all its wondrous and fearsome beauty.

Launching a collection at the turn of the millennium was one such feat. She was at the heart of a fearless creative London uprising led by a new generation that freely criss-crossed street and high fashion, music and art. Kokosalaki brilliantly wove ancient Greek culture with British punkish mores, delivering a tantalising portrait of an empowered yet graceful female identity. Intricate pleating, classical draping, slithery silk jersey, supple, appliquéd leather and breastplate-like bodices were artfully combined to create an aesthetic suggestive of the mythic attributes of goddesses, reworked for the modern world.

Her work stands in a canon of designers fascinated by Ancient Greek culture, including Madame Grès, Vionnet (where she became creative director, in 2006), Fortuny, Halston, Alexander McQueen and John Galliano. Their mission was to express a timeless ideal. But Kokosalaki, trained in Greek literature and art, and with vibrant values of feminism instilled in her by her mother, gave that expression a rebellious, provocative and erotically resonant edge. 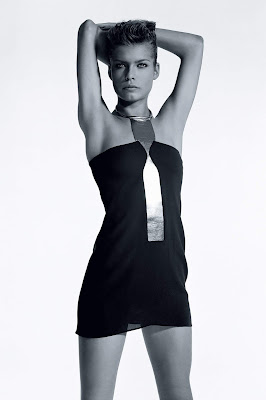 What fire and what spirit. It was no surprise when Kokosalaki was invited to become the creative director of the opening and closing ceremonies at the Athens 2004 Olympics, creating an extraordinary display with a tiny core team. She time-travelled through civilisations: ancient amphora inspired huge decorated gowns, myths and legends were retold through surrealist living "friezes", while Björk mesmerised millions in a sculpted blue gown that wrapped her body like a breaking wave.

As a tall, striking, blonde figure who was rarely without a little black draped silk blouse or skirt, Grecian gold jewellery, flicked kohl eyeliner, red lipstick and sparkling, trusting eyes, Sophia embodied the female she envisioned in her work. She was inimitable in her capacity to surface and embrace truth in all its myriad, paradoxical layers. A true Greek, she was ever ready to share and celebrate life, its cycles and its bathos, drama, tragedy, comedy and beauty.

“She had the sparkliest eyes and she always smiled brightly even when talking seriously,” says founder of Fashion East, Lulu Kennedy, who got married in a Kokosalaki dress. Kokosalaki was an adventurer, a pioneer, who would never recoil from challenges, even when confronting health issues this late summer.

I first came to know Sophia when I interviewed her for Vogue shortly after her MA graduation and her first New-Gen collection. We photographed her in an open top limo with a toast of designer friends in Hyde Park. At that time, Kokosalaki lived in a small apartment in Covent Garden. I remember her as charming and profound in one measure. She was highly regarded by her peers, a true designer’s designer. Hussein Chalayan and Alexander McQueen would often sit front row at her shows, amongst editors, art directors, stylists, and musicians. On moving to Paris in the mid-2000s to show her collections, she raised her business to an international level: actresses including Anne Hathaway, Kate Hudson, Keira Knightley and Jennifer Connelly wore her dresses.

Then the banking crash took its toll and Kokosalaki, after a short-lived investment venture with Renzo Rosso’s Only The Brave, ceased making her ready-to-wear line. With her long-time partner, Antony Baker (also her business partner), she moved on to establish vibrant bridal and jewellery collections as well as overseeing numerous design projects. Her Minoan chain link necklaces and Medusa earrings, crafted by Grecian gold and silversmiths, are prized. Her designs are in museum collections worldwide and continue to influence the new mood in fashion as it seeks out a classical sense of grace in these turbulent times.

We became close friends. I will cherish so many joyous times with her, her daughter and partner, friends and brilliant family both in London and in her beloved homeland. She introduced so many to the true riches of Greece, its people, land and culture. We would make visits to the collector and philanthropist Dakis Joannou on the island of Hydra for the Deste Foundation Biennale, inaugurating exhibitions by artists including Kiki Smith, Elizabeth Peyton, Maurizio Cattelan. We headed to the Venice Biennale and to Crete to hunt for shells on beaches and laze in tavernas. Midsummer dinners in the garden at the north London family home, talks, birthdays, festivities – Sophia was a star at rustling up and hosting many an impromptu gathering, always engaged and engaging, shining a light on the beauty, humour and truth in all.

A little black graphic jersey dress from 2008, a white jersey column gown and a leather piped bodice will always remain as my wardrobe treasures. Kokosalaki created and articulated a brilliant portrait of woman on this earth. Rest in peace.
Posted by FASHIONmode News at 11:41 AM