Meet The Kuwaiti Designer Who Creates “Own The Night” Dresses

Yousef Al-jasmi channels the glitzy fashion scene of his native Kuwait into hyper-embellished gowns that look like they have been poured onto the bodies of the Kardashians, Paris Hilton and the world’s pop-music titans.

Yousef Al-jasmi fell into fashion after an enchanting encounter with a scrap of gold fabric. His designer sister left the material on the kitchen table at home in Kuwait and her younger brother couldn’t resist its tactility. He began playing dress-up, draping the luminescent sample over a mannequin, until eventually the blueprint of a one-shoulder minidress was formed. Two days later, his sister informed him that six of her clients had enquired about purchasing the design. “I decided to run with it,” Al-jasmi tells Vogue. Years later, his client list is an A-Z of Hollywood’s biggest names, from Beyoncé and Cardi B to the Jenner-Kardashian clan.

“I create dresses that are meant to own the night,” Al-jasmi says of his USP. “My designs are for those who want to be seen, and to make a scene (a grand entrance of sorts).” He is not wrong: a Yousef Aljasmi (his brand loses the he hyphen after the definite article) gown lights up a red carpet, stage or party owing to the high-shine combination of coloured sequins and Swarovski crystals encrusted onto the mesh tulle base. The secret to their popularity among the A-list is the fact that the perfect beadwork looks like it has literally been dripped over its wearer’s body. From sketch to fruition, the form-fitting confections – which Al-jasmi promises are easy to manoeuvre in – take hundreds of hours to finesse by his 150-strong team in Kuwait. 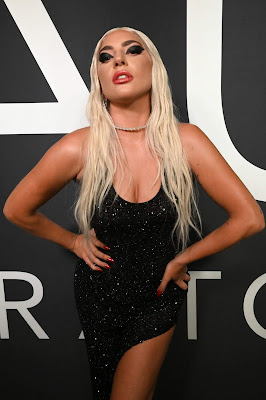 Al-jasmi’s first pinch-me moment – and, accordingly, his favourite design to date – came shortly after launching in 2015, when Paris Hilton commissioned him to create a statuesque silver gown replete with sheer panels for the Grammys. A call from the Kardashians came shortly after, and pictures of Khloé, Kendall and Kylie partying in Yousef Aljasmi at Kris Jenner’s 60th birthday surfaced on the family’s social media channels.

Beyoncé, too, was an early adopter. “She was actually the muse for one of my first collections,” grins Al-jasmi. The pop titan ended up wearing one of the twinkling bodysuits from this inaugural line in the video for “Sorry” in 2016. “She’s the queen!” chimes Al-jasmi. Scroll down the brand’s Instagram feed and there are five images of Bey wearing a golden fantasy gown to the opening of Tyler Perry Studios in Atlanta last week.

This year, the creative realised his dream of dressing Céline Dion, when the singer asked him to design dazzling looks for her Courage album cover and the corresponding tour. “My gowns have been on the bodies of some of the most influential women,” he affirms. “I have been able to accomplish more than I ever dreamed possible.” By “influential”, Al-jasmi is also referring to the well-heeled audience in his homeland, who often stop by his atelier for bespoke pieces to wear to the lavish weddings and galas he says are du jour in Kuwait.

On how Al-jasmi plans to evolve his aesthetic beyond his bauble-esque ballgowns, he says simply: “I always go with my gut feeling and trust my instincts on what the worldly woman would like to wear. My designs capture a character trait rather than an age.” You get the feeling that demand for his unabashed, feel-good glamour is not about to wane.

Posted by FASHIONmode News at 11:23 AM