When Gucci announced earlier in September that it was going carbon neutral, we predicted that it would soon be followed by other luxury players, much in the way it had been when it decided to go fur-free. Already, that's proving to be the case: On Tuesday, Gucci's parent company Kering — which also owns Saint Laurent, Bottega Veneta and Balenciaga — announced that it, too, will be going carbon neutral.

"When it comes to climate change, we can no longer wait to take real action," chairman and chief executive officer François-Henri Pinault said in a release. "We all need to step up as businesses and account for the GHG [greenhouse gas] emissions that we generate in total."

Like Gucci, Kering intends to reach its goal of net carbon neutrality through a combination of reducing emissions and purchasing offsets. According to a release, the group has actually been using carbon offsets since 2011; the new commitment marks an increase in both the number of offsets purchased and in Gucci's intention to reduce its emissions. 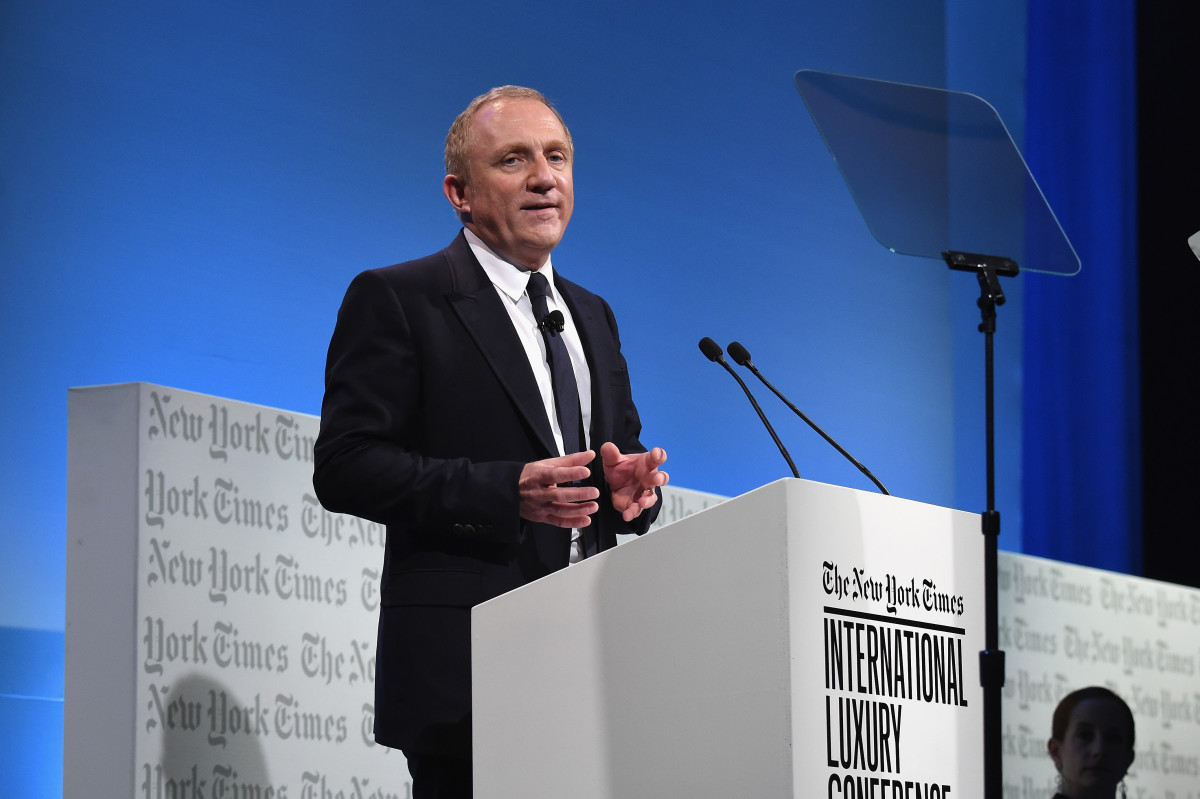 Carbon offsets are essentially programs that are designed to either remove carbon from the atmosphere or avoid carbon that would otherwise be released in the atmosphere, and can take the form of tree planting programs (as Gucci invested in to create its reportedly carbon-neutral fashion show in Milan this season), renewable energy initiatives and more. Like Gucci, Kering has announced its plan to invest in REDD+ projects, a framework developed in partnership with the UN that stands for Reducing Emissions From Deforestation and Forest Degradation.

Carbon offsetting, though increasingly popular among fashion brands, remains controversial in some environmentalist spheres. "Perfect or not, it's a way to address the issue," Gucci's CEO Marco Bizzarri told WWD.

Posted by FASHIONmode News at 10:04 AM