Adidas Fails To Expand Trademark On Its Iconic Three-Stripe Logo

You’d be hard pressed to find someone who couldn’t instantly ecognise Adidas’s three-stripe logo. From the football pitch to the streets, the logo can be found in a multitude of places, worn by many a person. However, popularity aside, the sportswear brand’s logo has been ruled by European courts as not “distinctive” enough to expand its trademark three-stripe design.

The German sportswear manufacturer failed to “prove that that mark has acquired, throughout the territory of the EU, distinctive character following the use which had been made of it,” the General Court of the European Union ruled on June 19. “The mark is not a pattern mark composed of a series of regularly repetitive elements, but an ordinary figurative mark.” Therefore, it’s not “distinctive” enough to be given wider legal protection.

The ruling is just the latest in a decade-long dispute between the manufacturer and Belgian company Shoe Branding Europe, as Adidas wants a wider trademark for “three parallel equidistant stripes of equal width applied to the product in whichever direction.” 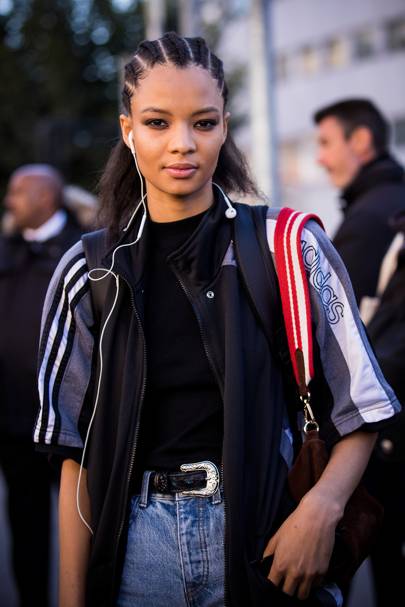 The court said it upheld a 2016 decision made by the European Intellectual Property Office (EUIPO) to annul a previous acceptance of the trademark which the brand registered in 2014. The same court ruled Shoe Branding Europe's own trademark invalid too, saying the stripes were too similar to those of Adidas.

It’s not the first time a brand has been involved in such a ruling. In 2018, Christian Louboutin fought to protect its signature red soles in the European courts. Additionally, Nike filed a lawsuit against sportswear brand Puma, accusing it of using patented shoe technology without permission.

Posted by FASHIONmode News at 5:24 PM