Naomi Campbell is celebrating another landmark moment in her three decades-spanning career. On her 49th birthday, the Voguecontributing editor has signed to London-based modelling agency.

Campbell joins other iconic models Linda Evangelista and Twiggy on its books, as the agency marks it’s 50th anniversary this year. The move shows that modelling is still an important part of career, alongside her commitments to philanthropy, activism, acting and more. 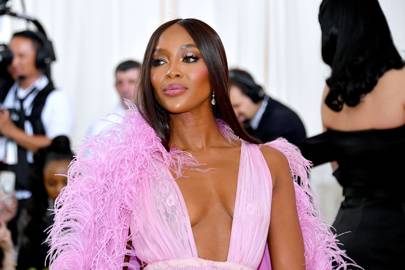 Earlier this year, Campbell covered Vogue’s March issue. Shot by Steven Meisel, the cover photograph is up for auction at Phillips in London on May 23. Captured in a warehouse in Brooklyn, the entire shoot sees actor Kendrick Sampson playing the role of Campbell’s love interest – with a cameo from Campbell’s chauffeur – as it pays homage to her world. Yuka Yamaji, the co-director of photographs at Phillips, estimates it could sell within the region of £45,000.

Posted by FASHIONmode News at 4:36 PM