It only took one dress for Jennifer Lopez to ascend to fashion icon status. In 2000, she wore a plunging jungle green Versace number to the Grammys, establishing herself as a stylish risk-taker and cementing her place in the history books. But rather than hang up her stilettos after that paradigm-shifting look, Lopez has only continued to experiment with fashion, whether it be the glittering bodysuits she wears on tour, the mint Valentino gown modelled after a dress worn by Jacqueline Kennedy Onassis that Lopez chose for the 2003 Oscars, or her daily street style looks that are photographed by paparazzi and discussed ad infinitum by the fashion press. It’s fitting, then, that Lopez will be honoured with the Fashion Icon Award at the 2019 CFDA Awards.

“Jennifer Lopez uses clothes as a way to express confidence and power,” CFDA chairwoman Diane von Furstenberg said in a press release. “Both designers and fans look forward to her fashion statements.” Lopez follows in the footsteps of Naomi Campbell, Beyoncé, Rihanna, Iman, and Kate Moss, all of whom have won the prize. The honour comes at a time when Lopez is not only planning the details of her wedding to Alex Rodriguez - sure to be a highly styled affair - but also about to embark on a North American tour. 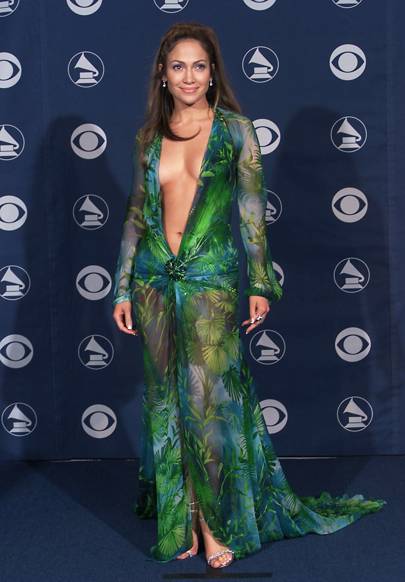 “Jennifer Lopez’s style is bold, uninhibited, and always memorable,” said Steven Kolb, president and CEO of the CFDA. “Designers, including many of our CFDA members, love to dress her for both stage and private moments.” Among her most memorable looks of late are the mirrored Tom Ford column she wore to the 2019 Academy Awards (fittingly, Ford is the incoming chairman of the CFDA), the shocking pink Giambattista Vallihaute couture gown she chose for the premiere of Second Act, and the Versace denim boots she sported this summer, which left the Internet wondering if boots that eye-catching even need trousers. (J.Lo’s answer: Hard no.)

Lopez is expected to attend the ceremony on June 3 at the Brooklyn Museum. What she’ll wear is anyone’s guess, but you can bet it will be iconic.