Alber Elbaz Is Back! After A Four-Year Hiatus, He's Teaming Up With Tod's

Alber Elbaz is back on the scene. The designer is teaming up with Tod’s for the brand’s Factory project – a series of capsule collections conceived by the industry’s leading creatives, which takes its name from Andy Warhol’s iconic New York studio.

“It’s going to be fantastic,” Tod's Group president and majority shareholder, Diego Della Valle, said of the union. “He has such vision, he is three steps ahead.” Tod’s invitation into its “creative laboratory” will be the first major work Elbaz has produced since his exit from Lanvin in October 2015 – something he has described as his “personal tragedy”.

His well-documented split from the house that he helped revive to commercial success during his 14-year tenure was an acrimonious one. Elbaz was forced to defend his work amidst poor-quality claims and his leadership was questioned due to alleged “aggressiveness”. He strenuously denied all allegations and the existing Lanvin staff revolted in support of him. Since then, Elbaz has been awarded the Officier in the Légion D'Honneur, launched a selection of scents with Frédéric Malle, the founder of Editions de Parfums, and designed an accessories collection for LeSportsac. 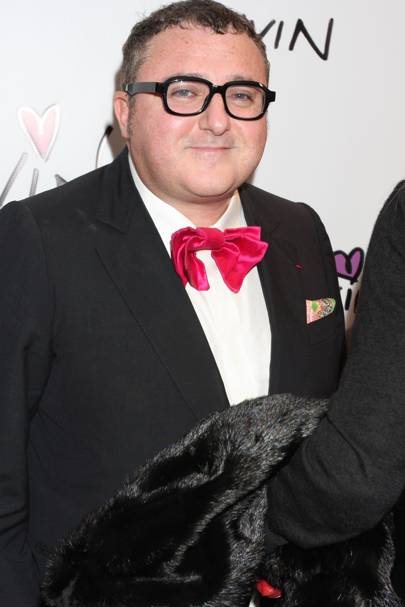 The Factory edit, which will offer Elbaz unbridled creativity and access to the Italian house’s workshops and archives, will be unveiled in spring. “His sense of modernity is extraordinary and we are very, very happy to see him restart in fashion with us,” Della Valle enthused. “He is one of the few great designers around.”

Posted by FASHIONmode News at 5:38 PM