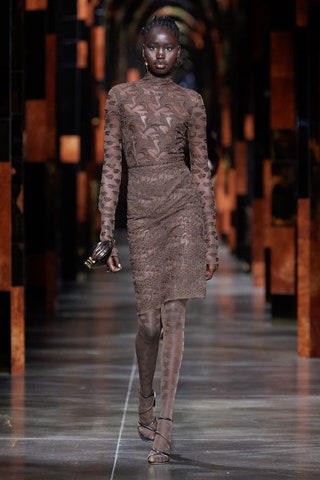 For Kim Jones, who joined Fendi as artistic director between the two lockdowns, and had to present his first collections to a digital audience, his sophomore ready-to-wear show was a special occasion. “This is my first live show for Fendi, and it’s a celebration. Our woman has let loose a bit – she’s going out, dressing up. We’ve all been locked away for so long that I think that’s what we all need right now,” he said. 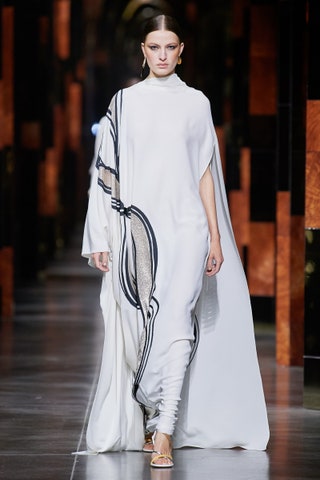 It was inspired by Antonio Lopez

Jones found in the Fendi archives a logo hand-sketched by the late Puerto Rican fashion illustrator Antonio Lopez, whose work was defined by the spirits of the 1960s and ’70s. A friend of Karl Lagerfeld – Jones’s predecessor at Fendi – Lopez embodied the decadence and glamour of New York City in the ’70s, and frequented Studio 54, which became the imagined surroundings of Jones’s collection. 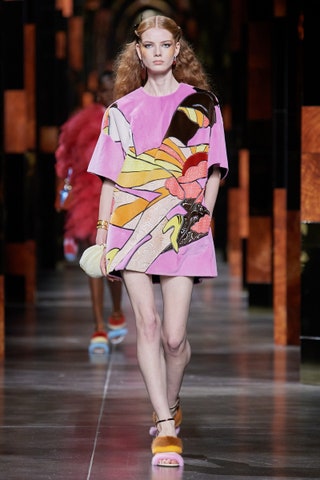 Pieces were imbued with Lopez’s sketches
“Lopez was a friend of Karl’s, and has always been someone who inspired me. He was forward thinking; inclusive; looked up to by everyone from Andy Warhol to Steven Meisel and David Hockney. I wanted to introduce him to a new generation,” Jones said. He applied the illustrator’s work to kaftans and shirts, transformed them in intarsia leathers and jacquards, and interpreted them in handbags and hairclips. 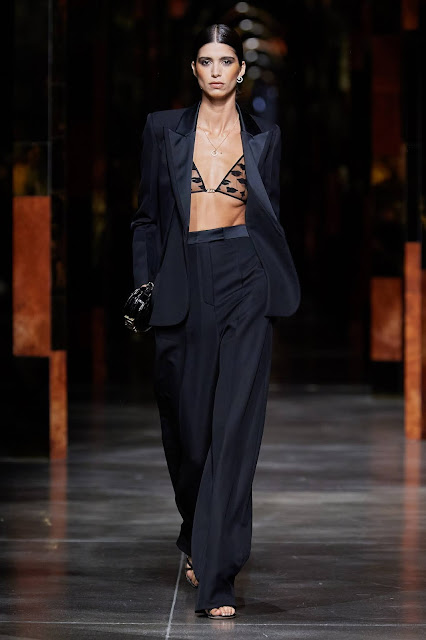 It was post-pandemic power suiting

More than anything, the collection felt devoted to suiting: a kind of tailoring so empowering and glamorous it had left the territory of office-wear and entered the evening realm. If post-pandemic appetites call for a “dressed” approach to fashion, but aren’t quite ready for a cocktail dress, this was the happy medium (although Jones had a few cocktail options up his sleeve as well). 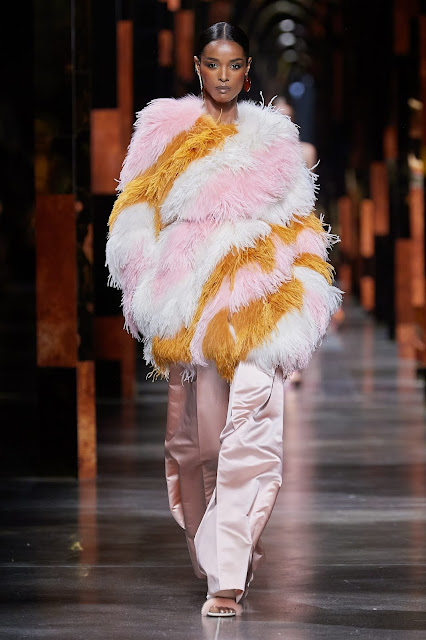 Fendi is for everyone

“My Fendi is multi-generational. It’s for all different kinds of women – anyone who wants to feel good about themselves. The Lopez woman, and the Fendi woman, is empowered; she’s someone of her own making,” Jones said, drawing a parallel between the diverse stars of the Studio 54 dance floor and the customer base he is creating at Fendi.
Posted by FASHIONmode News at 9:53 AM