As one of the legendary Antwerp Six, fashion designer Ann Demeulemeester first shook up the fashion world in the 1980s with post-apocalyptic silhouettes, only to gain a large global following right after. At the height of her career, Demeulemeester’s creations could be found on the shelves of many a top boutique across the planet, but she also managed standalone boutiques at home base Antwerp and in the overseas fashion hubs of Tokyo and Seoul. Since the Belgian creative stopped designing clothes for her brand in 2013, a period of, let’s say, creative and commercial decline followed. But as of last Summer, Claudio Antonioli, the renowned Milan-based retailer and former owner of the fast-emerging fashion conglomerate New Guards Group, took over the managerial reigns, and the total revamp of the Belgian flagship store symbolises the brand’s major reboot. 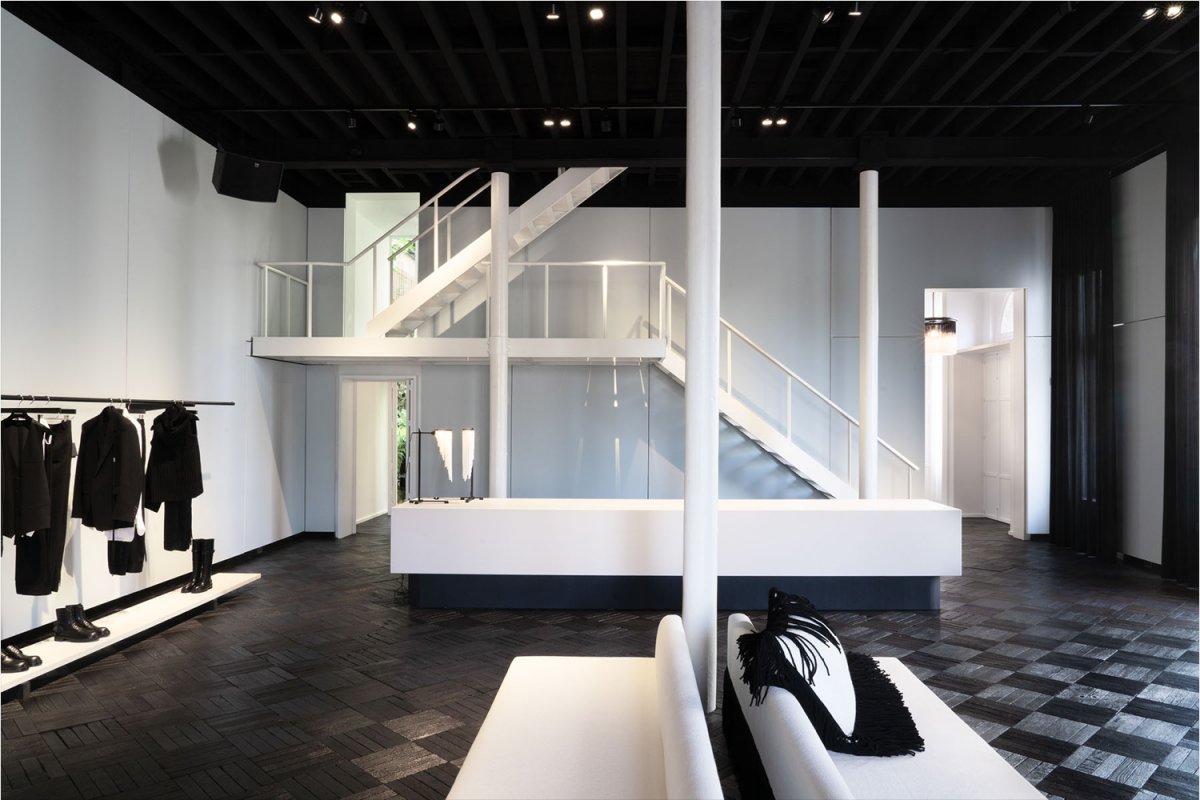 Since 1999, the iconic fashion brand has occupied two floors of an early 20th-century building with an ornate façade, and it reopens this week after being revamped by Patrick Robyn, the longtime life partner of Demeulemeester. Mind you, the fashion designer herself remains very much remains connected to the brand she founded, but as an advisor, while also deploying design activities elsewhere. The renewed shop sees a refreshed version of the former setting, but in an even more overt black and white colour scheme as before, and it’s one that’s very compatible with Ann Demeulemeester‘s distinct style. The parquet flooring on the lofty ground floor now dons a pitch black hue, making the custom furnishings, all in pristine white, effortlessly pop. 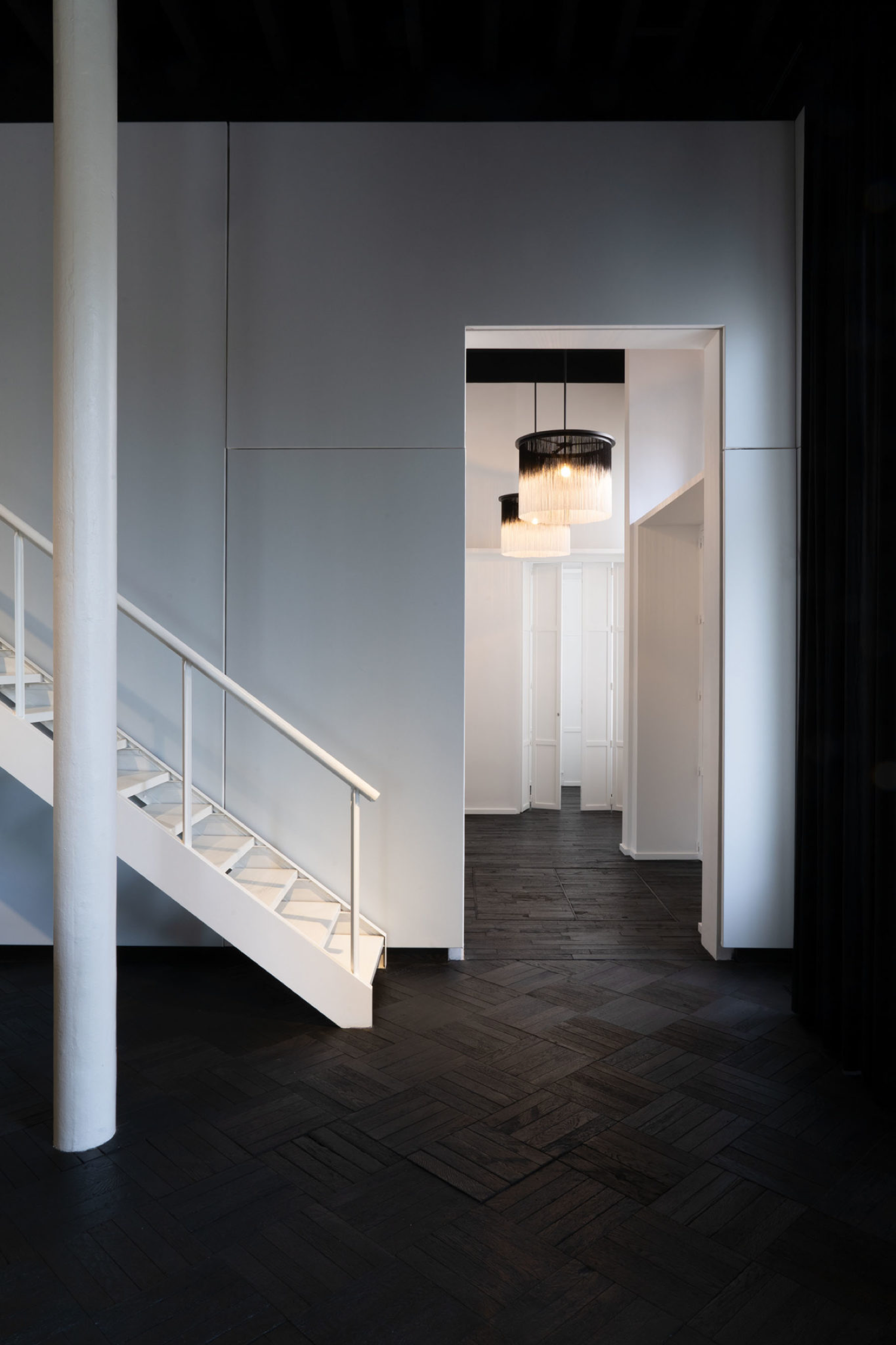 On one side, a large glass cabinet lines the large arched windows, presenting a curated range of lifestyle goods, while directly opposite, apparel and shoes are presented against a backdrop of white panelling. One of the back rooms leads to a light-filled patio with verdant green, offering shoppers a tranquil spot to ponder over the next trophy purchase. An existing staircase leads to the more intimate upper floor which boasts a visually more spectacular setting anchored by a curved display and other furnishings which allude to the interplay of round and square shapes. The renewed Ann Demeulemeester store carries the brand’s full range of men’s and women’s apparel, footwear, accessories and jewellery, but as said, also a curated range of lifestyle items. Should the relaunch of the brand be successful, additional boutiques are to be opened in the fashion capitals of Paris and Milan in the near future.
Posted by FASHIONmode News at 8:34 AM