For spring/summer 2022, Matty Bovan presented his collection inside a dolls house – superimposing the likes of Erin O’Connor and Rosemary Ferguson inside its tiny rooms. Here, British Vogue’s fashion critic Anders Christian Madsen breaks down the five key takeaways from the digital show. 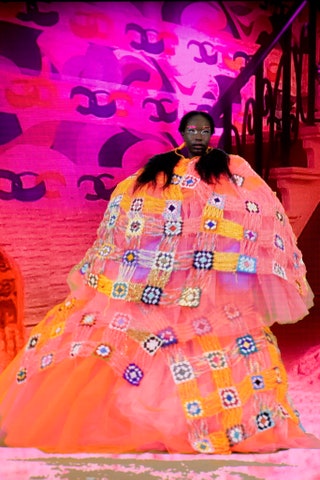 The world may be reopening, but, true to character, Matty Bovan marches to the beat of his own drum. Last season, when we were all in lockdown, he designed a collection founded in an outdoors sensibility. Now that we’ve emerged from our confinements, he did the very opposite. “Subconsciously, working on the last winter collection, I was trying to escape mentally by putting these characters in the middle of nowhere. Now that we’re getting freedom, subconsciously, I’ve created my own home, in a way. I wanted to do something very domestic; inside, building rooms inside your head,” he said on the phone from his native York. 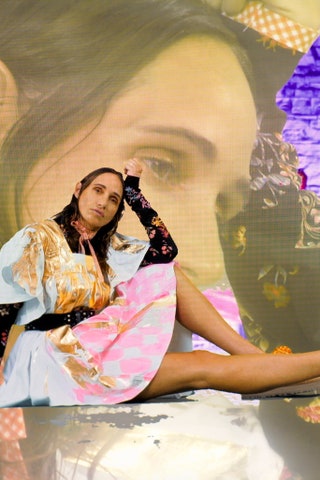 The film was shot in a dolls house

Bovan chose to continue with the film format over a real-life runway show. “I felt that the last two seasons, I could do something a bit different creatively, which I couldn’t do on a runway. I wasn’t sure what was going to be happening by September,” he paused. “I mean, I’m still not!” He customised a 1970s dolls house and shot his models – including Erin O’Connor – on a green screen, superimposing them into his domestic miniature setting. “It’s kind of analogue, real, gritty… I wanted to keep that energy, but anything digital can easily feel laboured.” 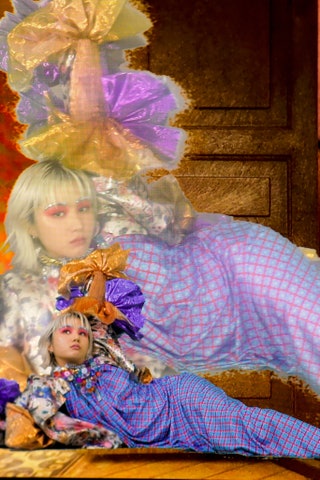 The collection was titled Hypercraft

“It was interesting to have this interior world, almost introspective with yourself,” Bovan explained, acknowledging how the lockdown period kind of suited his disposition. “I’m a semi-sociable person, but I’m quite private. When I work, I like to have just one other person around. I’ve always needed some space to come up with stuff. I like to be able to focus.” Fittingly, he titled his collection Hypercraft in homage to that mindset, and the incredibly intricate craftsmanship that had gone into creating his supersized looks. 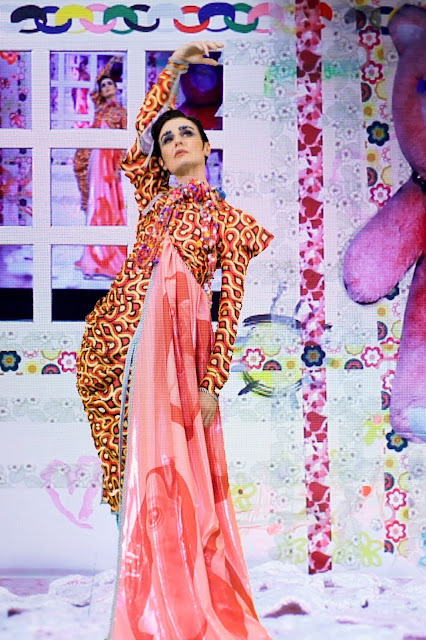 Bovan literally built houses around the body
“It’s the idea of silhouette and structure within these rooms,” Bovan explained of the magnified silhouettes. “And they got bigger and bigger. They’re ironically quite comfortable, like having a room around your body. It’s very ambitious-looking, but it’s actually relatively wearable.” Bovan constructed his shapes around huge crinolines, layering them with vintage fabrics from the ’70s, fabrics printed with personal family photos from the last century, and toys he played with as a child. 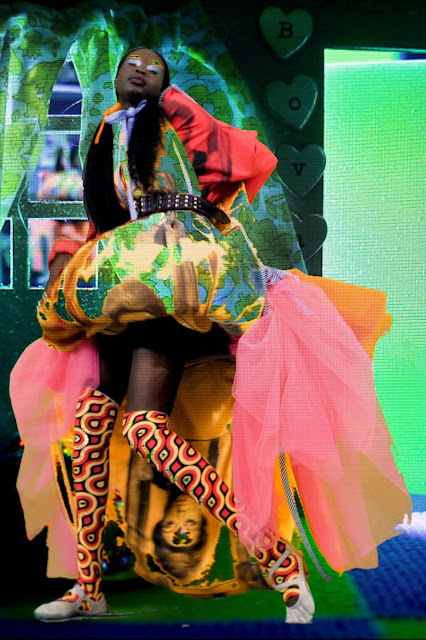 The collection came with a new invention

“There are lycras I got printed with abstract The Shining-esque carpets, which is an eternal reference of mine: the idea of the house creeping onto the body. I do like the idea of when clothes start to almost overwhelm you with print and texture. Something about that really attracts me,” Bovan said. Part of his Hypercraft included creating new textiles from paracord. “That was something I was really proud of, because I’ve never tested it before. So, things got bigger and bigger. I was wondering what Louise Wilson would have said,” Bovan paused, referring to his late legendary teacher from Central Saint Martins. “‘Push it! Go bigger! Just do it!’”
Posted by FASHIONmode News at 9:29 AM