A First Look At The New Chanel Documentary Coming To Netflix

Karl Lagerfeld is coming to Netflix. A new documentary, entitled 7 Days Out, focuses on the final preparations before Chanel’s haute couture spring/summer 2018 show, which was held on January 23rd.

From the studio to the ateliers, director Andrew Rossi was given unprecedented access to the brand and its creative director for one week prior to the presentation of 68 handcrafted looks emulating the spirit of la vie Parisienne. Chanel fans will remember that this was the couture celebration that saw Lagerfeld forgo his usual theatrics in the Grand Palais and construct a palatial French garden setting. How did he erect that 18th-century fountain and the surrounding rose-studded pergolas for the models to circle? The painstaking road to perfection will be revealed by Rossi, the man also behind The First Monday in May. 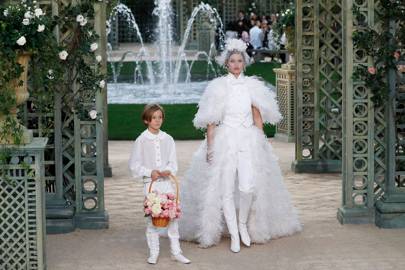 Two weeks before it is set to air, Netflix released a trailer for the 7 Days documentary series, which will explore a week in the lives of visionaries from the fields of fashion, food, space, sports and entertainment as they plan for iconic cultural events.

The inaugural episode, 7 Days Out, centres on the house of Chanel and will be available on Netflix from December 21st.