Victoria Beckham is the latest designer to collaborate with US retailer Target on a limited-edition fashion collection, the British designer confirmed this morning.

"The timing just felt right," she told the Business of Fashion about the move, adding that she has wanted, for some time, to create a collection for fans of her label who can't afford the designer price tag that it comes with.

"I can reach so many more women through working with Target," she said. "It's not just because of the price point but because of how many stores that they have, located all around America. These are women that I haven't been able to reach out to in the past, and I always say that I want to empower women and make women look like the best versions of themselves. That shouldn't be only people who can afford to spend a certain amount of money." 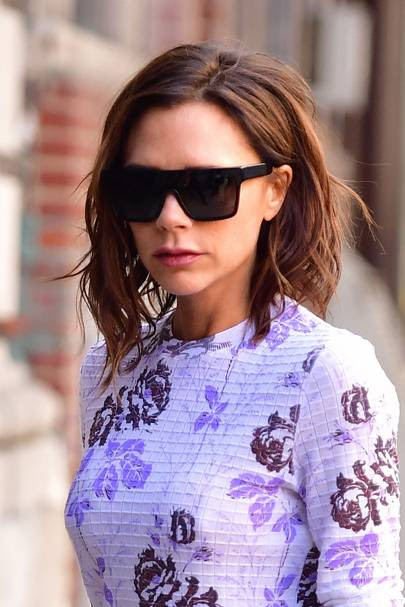 The collection takes its inspiration from Beckham's Victoria, Victoria Beckham line and comprises over 200 ready-to-wear items and accessories for women, children, toddlers and babies marking her first foray into childrenswear which, she revealed, "may well be the next category that I really go in to".

Launching on April l9 next year in stores nationwide and online, it will be available until April 30 - or until it sells out. For international fans, Beckham has selected key pieces from the collection to sell on her own-name website, so that everyone can have a slice of the fashion pie.

She follows in the footsteps of many other high-profile fashion houses who have worked with the US retailer, including Jean Paul Gaultier, Peter Pilotto, Rodarte, Stella McCartney, Joseph Altuzarra and Zac Posen.
Posted by FASHIONmode News at 3:05 PM